That’s the way the money goes

Wilton and Ugford residents are the latest to join the chorus of voices questioning local roadworks which, to them, appear to be costly and poorly planned.

Wiltshire Council Highways and Highways England are being blamed for unpopular schemes on the A303 at Amesbury, and at Bulford, Devizes Road and now on the A30 Shaftesbury Road at Ugford on the Wilton boundary. 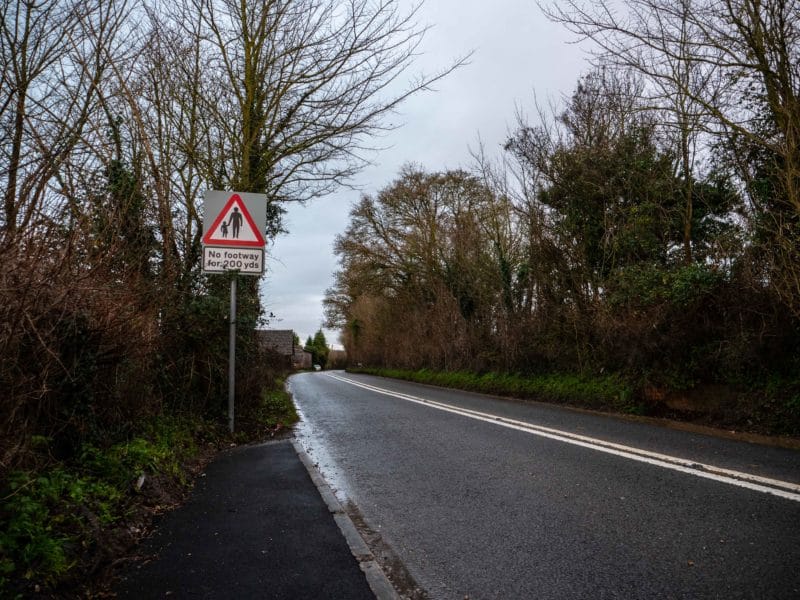 End of the path: pedestrians now have to face the traffic on a narrow road with fast traffic on the A30 approaching the turning to Burcombe village.

A re-surfaced footpath costing £52,000 seems to have no purpose as it does not help Ugford residents to get to Burcombe or Burcombe residents to get to Wilton, and is hardly ever used. Ugford is a small hamlet of about 12 dwellings, and a farmyard and is part of the parish of Burcombe Without. Burcombe village has a butcher’s shop, offices, less than 50 houses, no school and a closed pub. It is about two miles from Wilton connected to the A30 by a short road with no footpath.

The footpath was resurfaced allegedly under Wiltshire Council’s CATG (Community Area Transport Groups). According to its website: “Schemes considered by the CATG should have first been raised through the community issues system and endorsed by the relevant town or parish council. In choosing their local transport schemes Area Boards will need to be mindful of the priorities of the Local Transport Plan and the likely availability of future funding for implementation. 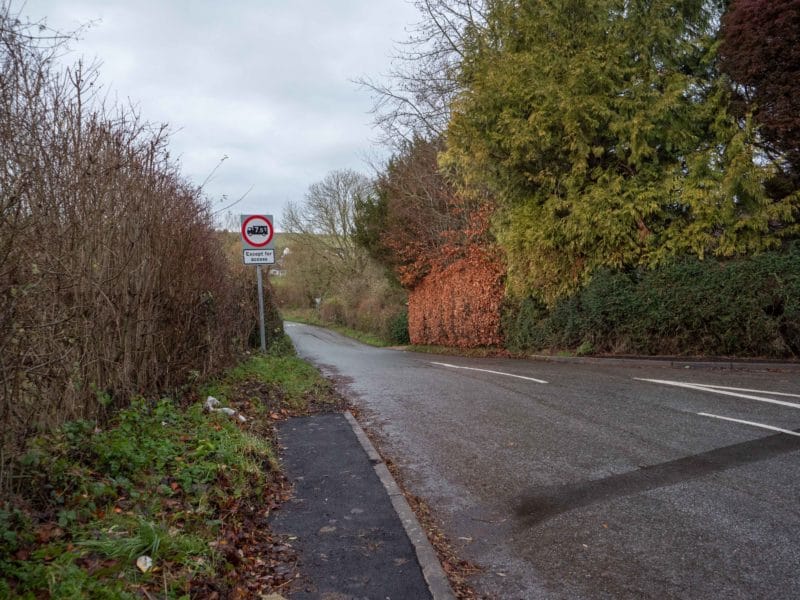 “CATGs are sub-groups of the area boards that aim to find solutions for local transport issues such as road repairs, traffic problems, road layouts and parking. Each group has about 10 members including area board members, town and parish council members and community representatives.”

Chairman of Burcombe Parish council Nigel Lefroy said he was “delighted to see the scruffy path made good” and admitted that “not many use it, but some do, such as runners.”
He could not recall the details of the application to have the work done, and suggested the parish clerk could provide details. 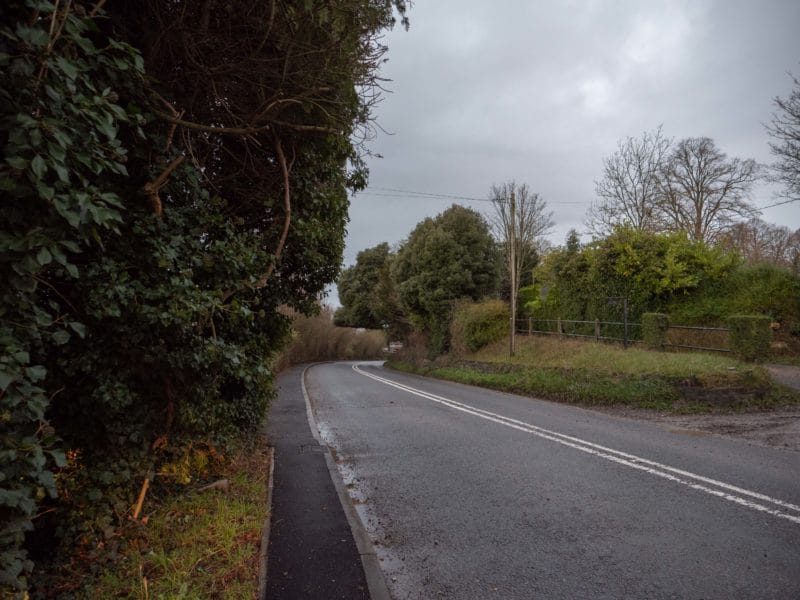 Parish councillor and Ugford resident Jane Mayhew said: “The speed of traffic through Ugford is the road safety issue most important to residents. Our preferred way to mitigate the dangers would be a 30mph speed limit. We have tried and so far failed to convince Wiltshire Council that this is justified.

Questions are being asked about the £52,000 cost of resurfacing a seldom-used footpath which comes to a sudden end along a country road forcing pedestrians to walk into the carriageway and fast traffic.
Who asked for the work to be done and whether a feasibility or cost-effectiveness study was done? These are among many unanswered questions. 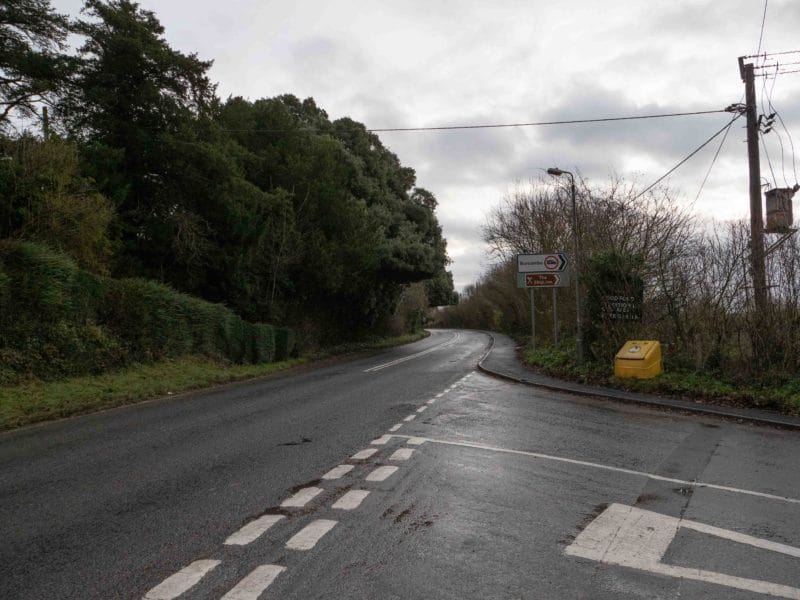 Burcombe parish councillor and Ugford resident Jane Mayhew said: “The speed of traffic through Ugford is the road safety issue most important to residents. Our preferred way to mitigate the dangers would be a 30mph speed limit. We have tried and so far failed to convince Wiltshire Council that this is justified.”

“The recent renewal of the pavement along the A30 west of Ugford is a welcome local improvement but unrelated to this important issue. The decision to renew it was taken by Wiltshire Council, without impetus or funding from the parish council.” 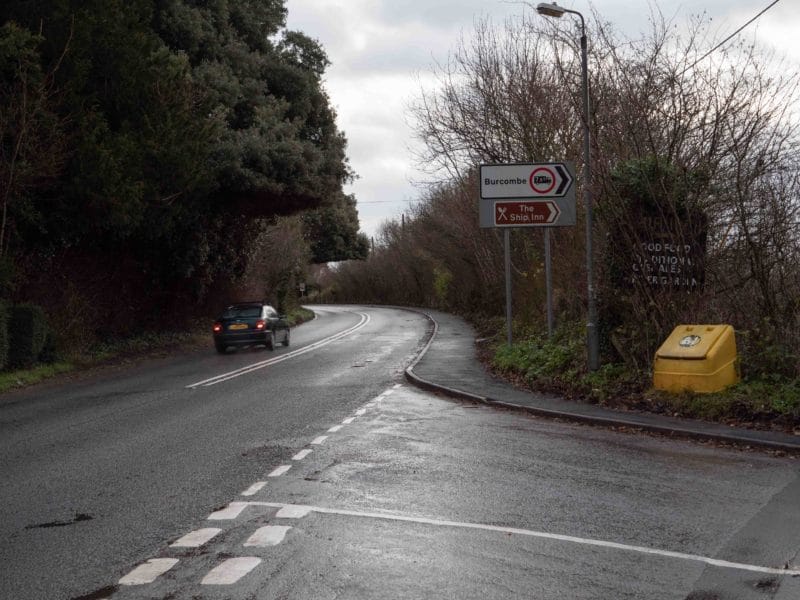 The comment seems to be in contrast to the local Wiltshire councillor’s remarks.

Burcombe PC discussed the request at its meeting on December 9. Wiltshire Council owns the path in question and has maintained one of its assets. Burcombe PC did not contribute to this highway work,” said council clerk Mrs Clare Churchill. 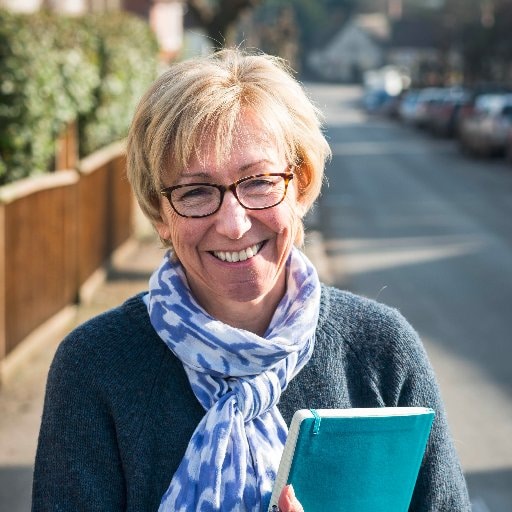 Cllr Bridget Wayman, Cabinet Member for Highways, also local Wiltshire councillor for the area, said: “We’ve had some appreciative comments from the local community about the improved footpath at Ugford which is now safer to walk. The work on the footpath was carried out following a request by Burcombe Parish Council. 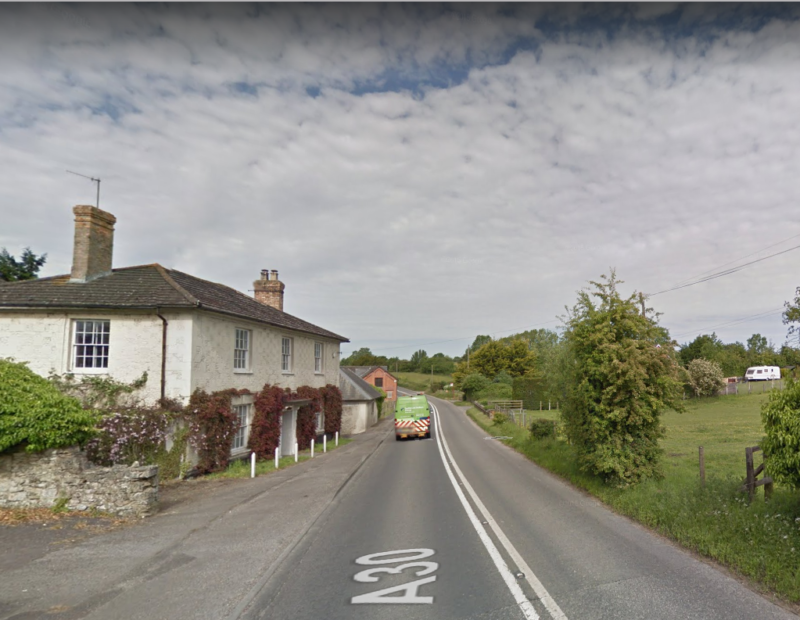 The traffic-blighted A30 through the little hamlet of Ugford adjoining the Wilton town boundary but wih no safe pedestrian access into the town, and a speed limit of 40mph. (image google)

“Local communities can request money for schemes through their local area board to be considered by the Community Area Transport Group (CATG). I’d encourage people to put in their requests and they will be considered alongside others with the pot of funding available.”

The cost of the works was £52,000, provided from the general Wiltshire Council maintenance budget.
Wilton town councillor Phil Matthews said the stretch of path was hardly ever used and the work was a waste of money which could have been used to better effect mending potholes and road damage.

Wilton resident Derek McLean said the priority should have been to provide a footpath for Ugford residents to walk to Wilton instead of ‘having to take their lives in their hands walking on the dangerous stretch of highways.’ They had been campaigning for this for many years, he added.

Several Burcombe residents, who have lived in the area for decades, criticised the spending as ‘a complete waste because the path is not used’.