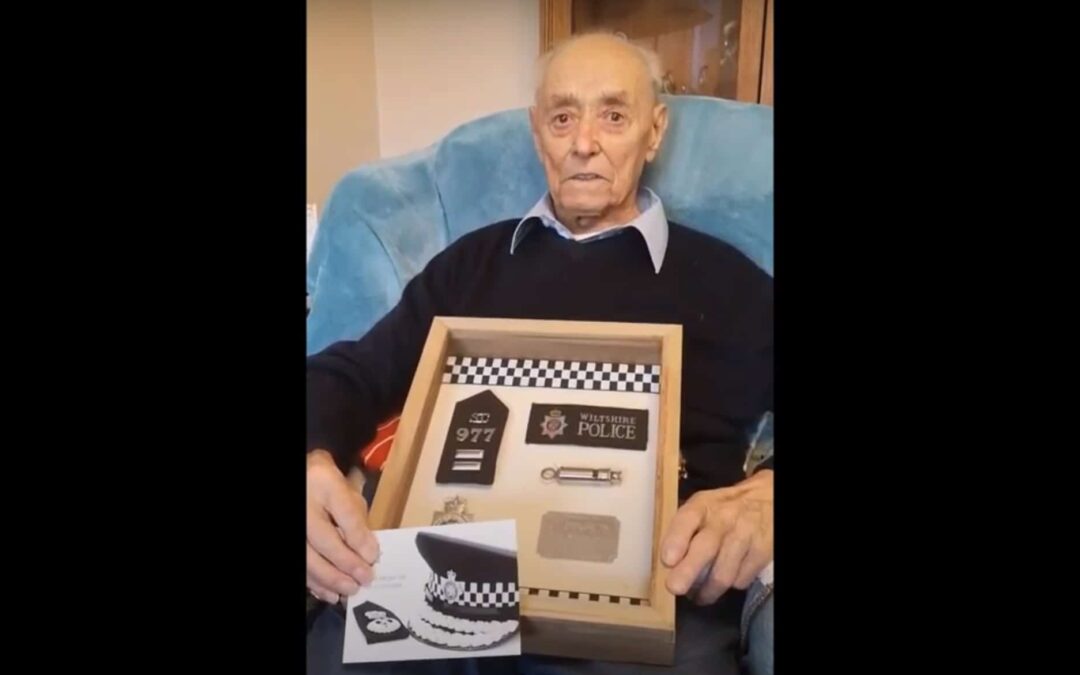 He worked in our Special Constabulary between 1962 and 1980 as a Section Officer covering Tisbury and Mere and now lives in Bognor Regis.

After leaving the army, George dedicated much of his life to volunteer work, not just in policing but also in the wider community.

To mark this special occasion, Chief Constable Kier Pritchard and his staff office wanted to arrange a special gift for him – our own homemade, bespoke presentation box containing epaulettes with George’s “shoulder” number, whistle and badge together with a personal card from Kier.

Kier said: “What an amazing achievement on reaching 100!

“To mark this very special occasion and to wish George a very happy birthday, we wanted to give him something personal and unique.

“To dedicate so much of your life helping others is a true gift and George is a very special man in doing that.

“Policing has changed a lot since he started in the 1960s but the spirit of willingness to help others by volunteering for the Force – as George did – is still alive today, and I’d like to think it’s inspirational people like George who encourages other generations to follow in his footsteps.

Police and Crime Commissioner for Wiltshire and Swindon, Angus Macpherson, said: “What a lovely story at this time of the year – a much needed one to lift all of our spirits.

“I echo what the Chief Constable says – it’s people like George who inspires others to give back to their community. Something we’ve seen a lot this year and something we see so much in our police force.

“Congratulations George on reaching your century.”