‘It was very much a West-Country expedition’: Shaftesbury-based explorer celebrates 50 years of landrover.

John Blashford-Snell, former army officer and founder of the Scientific Exploration Society, sat down with New Valley News to discuss his expeditions, Land Rovers and living in Shaftesbury.

Settling in Motcombe, Shaftesbury, in 1990, John was staying on in the army as a consultant, giving lectures at local schools and universities.

“The scientific exploration society wanted a base for expeditions, so we brought this house in Motcombe and we took on one of the outhouses. I gave it to the society for a couple of years, free of charge, and they are still here now. We launch all of our expeditions from here to all over the world.” 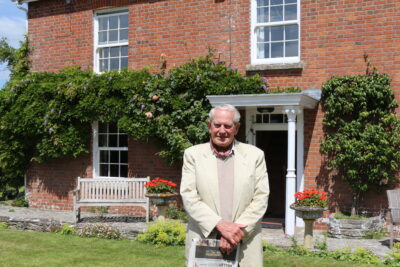 John Blashford-Snell at his Shaftesbury home

John’s expedition base is full of planning materials and treasures from previous adventures. Decorated with maps and old photographs, one picture shows a grand piano being played by an Indian tribe, deep in the Amazon jungle.

“The amazing thing was it played at the end,” said John, “as a result of that expedition the Indian’s got a grant for $2 million to turn their tribal area into a protected reserve.” 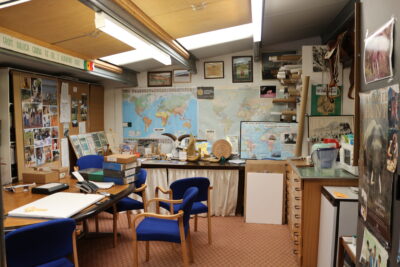 Inside the Expedition Base

In 1971, John embarked on ‘The British Trans-Americas Expedition’ with two new Range Rovers with the aim of finding a route through the Darien Gap, which John describes as “a 250 mile stretch of jungle, swamp, snakes, and all the bugs you can think of.”

“Our job was to find a way through: several expeditions had tried and failed. In the end, we very nearly didn’t make it. It took us 100 days to cross the gap, and we emerged from this terrible swamp on St. George’s Day, which I thought was rather virtuous.”

About 17 miles into the expedition, John and his team found a flaw in the new Range Rover design.

“The rain had come late, so the track the engineers were making in front of them was heavy with mud, and the vehicles kept sticking and sliding. The tyres would grip and the engine would roar but nothing would move, something had to break and it was the differential.

“We got on the radio and explained the problems to Rover. They redesigned the transmission system and sent out the new differentials by helicopter,” he added. 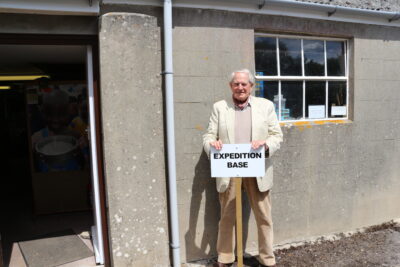 John, outside his Expedition Base

Now, 50 years on, John has been back in the driving seat at Land Rover in Solihull.

“I was invited to Land Rover with my grandson who is 17, and mad keen on cars. They showed us the latest ‘all singing, all dancing’ version of the Range Rover and we drove it through their homemade jungle.

“It had the most amazing fittings on it, many more wonderful pieces of wizardry compared to the Range Rovers we had early on. Although, ours did have one or two niceties like a coffee maker, not that we had much opportunity to make a coffee!” 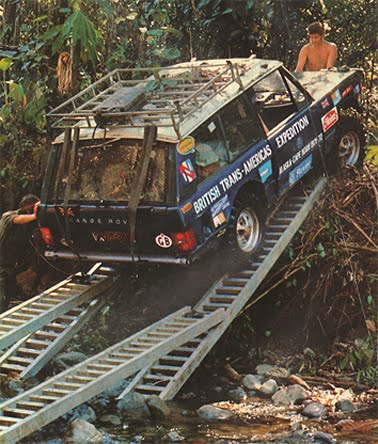 The Range Rover from the British Trans-Americas Expedition. Photo: https://www.johnblashfordsnell.org.uk/

Remembering the local influence on the international expedition, John recalls the royal engineers who created the track and built bridges to allow the Range Rovers to pass through.

“Many of the engineers live in this part of the world, Phil Church, Ernie Durey, and dear old Jim Masters, who sadly only died the other day. It was very much a West-country expedition in some ways,” said John.