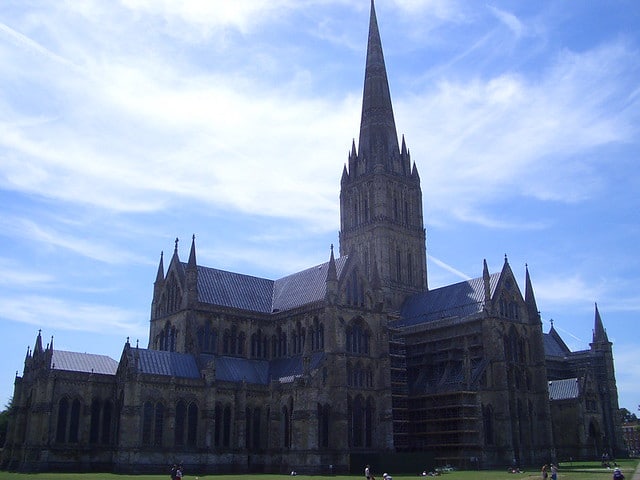 The city of Salisbury has been in the news quite a bit recently as the Sunday Times recently chose it as the best place to live in the UK. Known as quintessentially English, the city was praised for remaining “a divinely attractive and welcoming place”.

But why? Here, we are going to explore why Salisbury was deemed the best place to live in the UK.

Salisbury has a lot of history in and around it. Stonehenge is in the vicinity of the city—a testament to over 5,000 years of recorded history. It’s one of the most impressive sites of early human civilisation.

Originally called the Old Sarum, Salisbury was also used as a fortification by the Romans against the Saxons. You can also visit one of only four copies of the Magna Carta signed at Runnymede and dated in 1215. It is located within the cathedral.

The Salisbury Museum is in the King’s House, which also dates back to the 1200s. Aside from the archaeological artefacts inside, it’s also a historic site. King James I visited the museum in 1610 and 1613. In addition, it’s also the home of Sir Terry Pratchett’s smashed hard drive filled with his unpublished works.

Art and culture are the cornerstones of Salisbury. The 80 acres of land around the Salisbury Cathedral called the Cathedral Close houses some of the best architectural wonders in England. From the Arundells to the Mompesson House, these historic houses all face the Cathedral and showcase the beautiful architecture of the city.

The city has a strong art scene with Gallery 21 exhibiting displays by contemporary artists. Salisbury Playhouse puts on regular theatre plays and shows. Even though the city may be small, it has a thriving art scene.

A town is nothing without its community, and Salisbury is home to over 40,000 residents. The Charter Market alone draws in hundreds of locals and visitors from neighbouring towns every Tuesday and Saturday. This is where they can buy fresh produce from local sellers.

Recently, Irene Boyce spearheaded the ribbon cutting of the new bingo hall in town called Buzz Bingo. The revamped hall is where many of the community congregate to relax and play. In a feature by FoxyBingo on the different terms used in the game, they explain how 90-ball has been a British national institution since the 60s. Bingo halls have been at the heart of communities, and Buzz Bingo is now at the centre of Salisbury’s nightlife

There’s always something to do in Salisbury. The Wiltshire Creative Salisbury International Arts Festival takes place from late May to early June. This event showcases over 150 activities including concerts and cultural events across the city. This year’s highlight was the City Encounters, which included an aerial display, tap dance jam, and circus acts.

The Salisbury Library also featured performances of prose, short stories and poems. With so many things to do and see in Salisbury, no wonder people decided that it’s the best place to be in England.