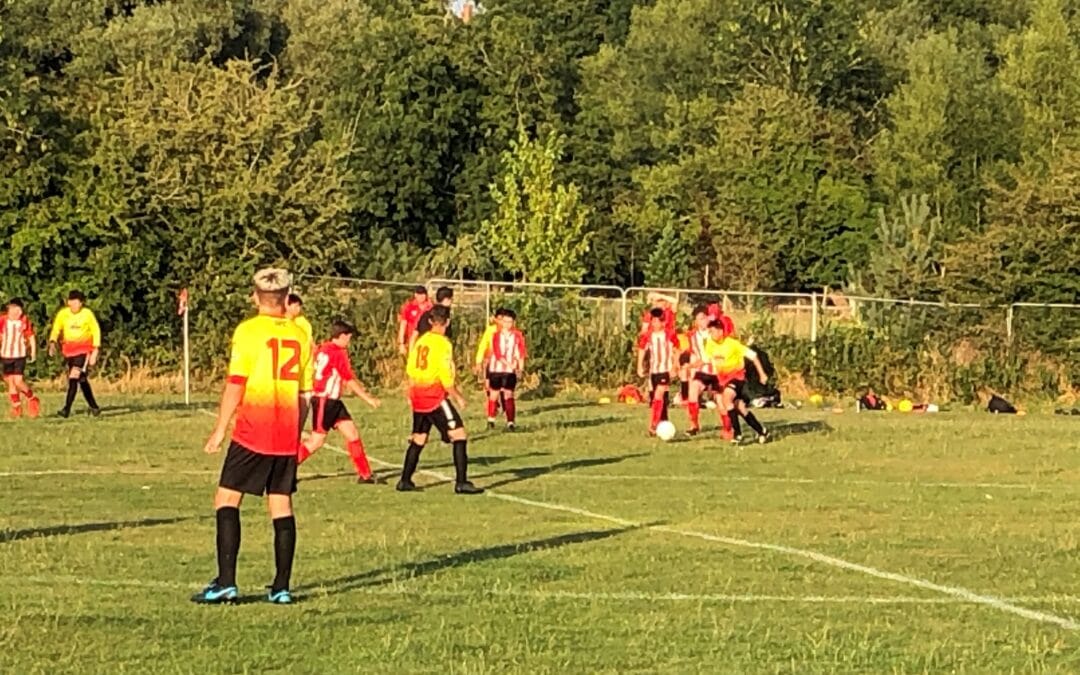 Grassroots football coaches are urging people to sign a petition calling for them to be allowed to continue playing and training through the new lockdown.

Durrington FC‘s were boosted by a £5,000 coronavirus fund grant from Wiltshire Community Foundation. A flood of new players enabled them to start three new teams but now face at least a month’s enforced break.

“But with everything our kids have been through during the lockdown, just having football and being part of a team is a massive lifeline. The thought that there will be no more until December is a real blow. It’s not just the kids, it’s the parents as well. Coming to train and play is an escape mechanism for everyone, and it is really important.

“Some young boys and girls, who literally joined us last week, now can’t do anything for a month or even longer.”

The club, which has 200 young people from six to 16 on its books, had been celebrating the grant from the community foundation’s Coronavirus Response and Recovery Fund, which has raised £1.2 million and distributed £925,000 through more than 200 grants to groups across the county.

Stuart said: “During the first lockdown we reduced our fees by 50% to help families, many of them on low incomes. But we still had to pay our rent to Avon Valley College where we play, and cover things like insurance. Just starting up for the season cost £1,500 and we had to find an extra £1,000 we didn’t have for sanitiser stations and extra equipment needed to help the kids socially-distance.”

The club, which has 60% of its membership from military families, has used the grant towards its rent, buying new kit and equipment and setting up a hardship fund for families who can’t afford the subscriptions. “We don’t want to turn anyone away,” he said.

“Without the support of organisations such as the Wiltshire Community Foundation and our sponsors we simply wouldn’t exist and that’s the reality.”

The club has started two new under sevens’ and a girls’ junior team. It also has plans to launch an adult women’s team. “The standing of the club has gone up quite considerably in the last couple of years, “Stuart said.

More than 70,000 people have already signed the change.org petition calling for grassroots football to continue

Find out more about Durrington FC by searching for the club on Facebook. To donate to the Wiltshire and Swindon Coronavirus Response Fund or to find out how to apply for a grant, go to wiltshirecf.org.uk.