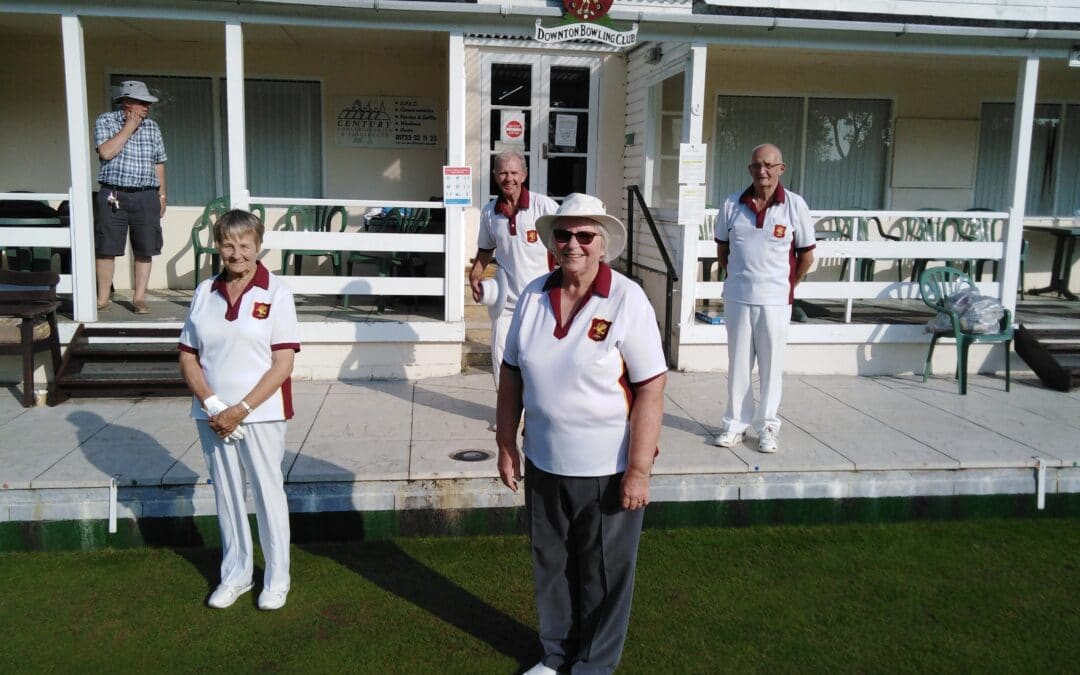 Downton’s Bowlers report an excellent season competing in matches against other clubs and internal competitions with up to 30 players taking part in games played with the guidance of Bowls England and the Government.

In August, the Men’s team played in a New Forest Knockout Triples Competition, going through to the semi-finals when they lost to Ringwood. Ringwood went on to win the competition by beating New Milton by 8 shots.

In September, the club played two Triples Matches against Salisbury, in Salisbury. Downton lost by 7 shots but in the return match played on Friday, October 9, Downton beat Salisbury.

In a Singles Competition during the past two weeks under Bowls England Rules, the semi-finalists for the Women were Lynda Hale and Barbara Davies. The game was extremely tight but eventually Lynda took the title. In the Men’s Competition, Alan Waters beat Bob Dymott in another close game. Both winners now enter into the Bowls England Champion of Champions Finals starting next May.

Photo of the 4 finalists in our Singles Competitions. In the front right is Lynda Hales and on the rear left Alan Waters the eventual winners.