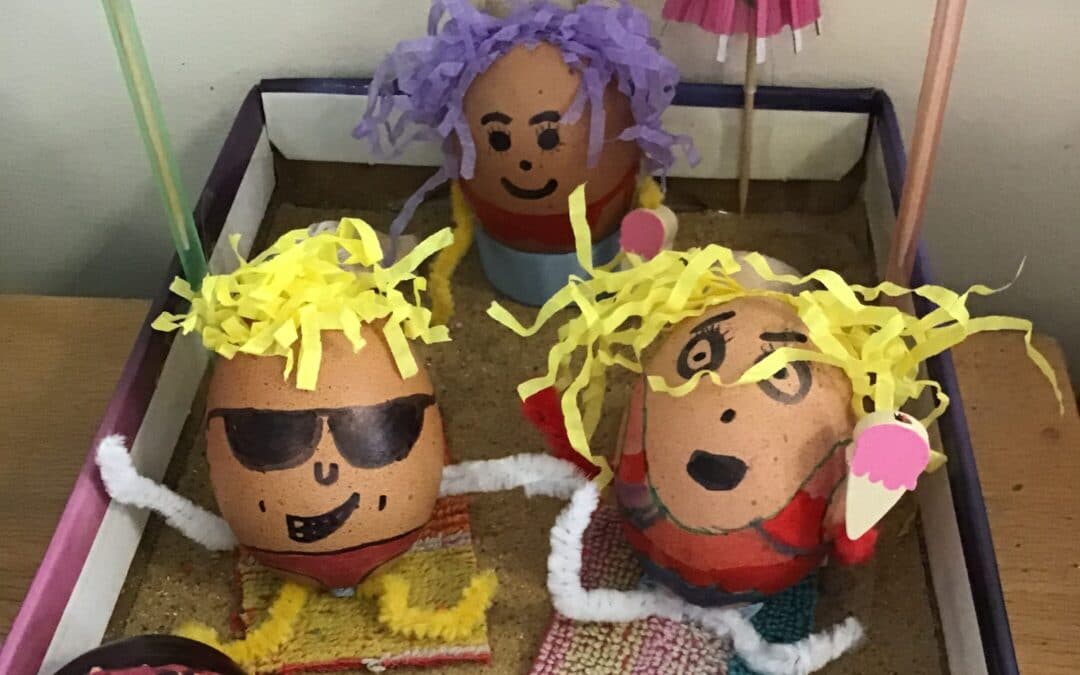 They had a cracking good time at the traditional Easter egg-rolling competition at Wylye Valley C of E Primary School, Codford, on the last day of the Spring term this year.

Each pupil brings in a very hard-boiled egg and whoever rolls their egg the longest distance is the winner of a much sought-after chocolate egg. Unlike last year, with all the ‘panic-buying’ and general shortage of common consumables, there was no problem this year, in fact, plenty to go around and even a few spare for those whose eggs didn’t quite survive the precarious trip into school. 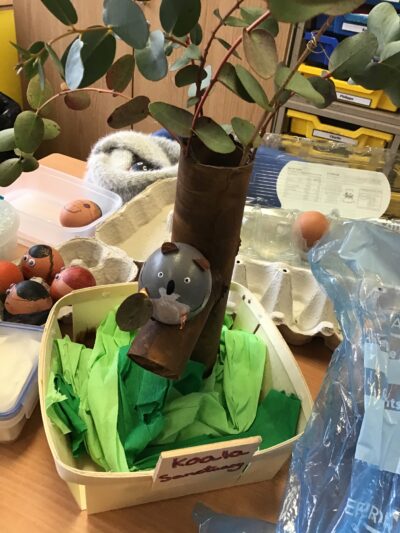 As is the custom, Newton Class (supervised by Brad Howarth) set up the course, made up of PE mats and a wooden vault, in the playground and then every child and staff member in the school took their turn to roll the egg. Theories about where and how best to roll the egg raced through the on-looking crowd. Should one push or gently release the egg? What if there was a draw? What if the egg broke? Would Rob Barnes (Head Teacher) steal another victory for the second year in a row?

In excess of 100 eggs were rolled, and the results were announced in a special Easter assembly when champions received their chocolate eggs.

Another Wylye Valley School tradition, cancelled last year because of Covid-19, was the ‘Best Decorated Egg’ competition. There were some eggcellent designs and characters, and guest judges Sarah Lloyd and Chris Ford had the unenviable task of selecting a winner from each class. 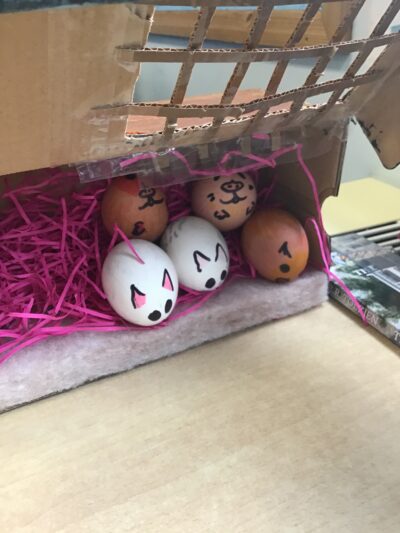 Competition was tough, but after much deliberating and cogitating, the winners were Little Einsteins and, with his ‘Orange Basket’, Matthew Flecchia; in Galileo, with his ‘Sparkly Painted Egg’ was Samuel Morrison: Jennifer Martin took the prize in Franklin Class with her ‘Guinea Pigs’ design and, lastly, Newton winner was Philippa Horner with her ‘Koala Bear’ creation.

Head Teacher, Rob, rolled out the clichés: “This last day has been no yolk! An eggceptional effort has been made across the school and the children have eggceeded all my eggspectations. The egg decorations have been eggspertly eggsecuted. Well done to one and all!”

No other hard-boiled remarks were scrambled.