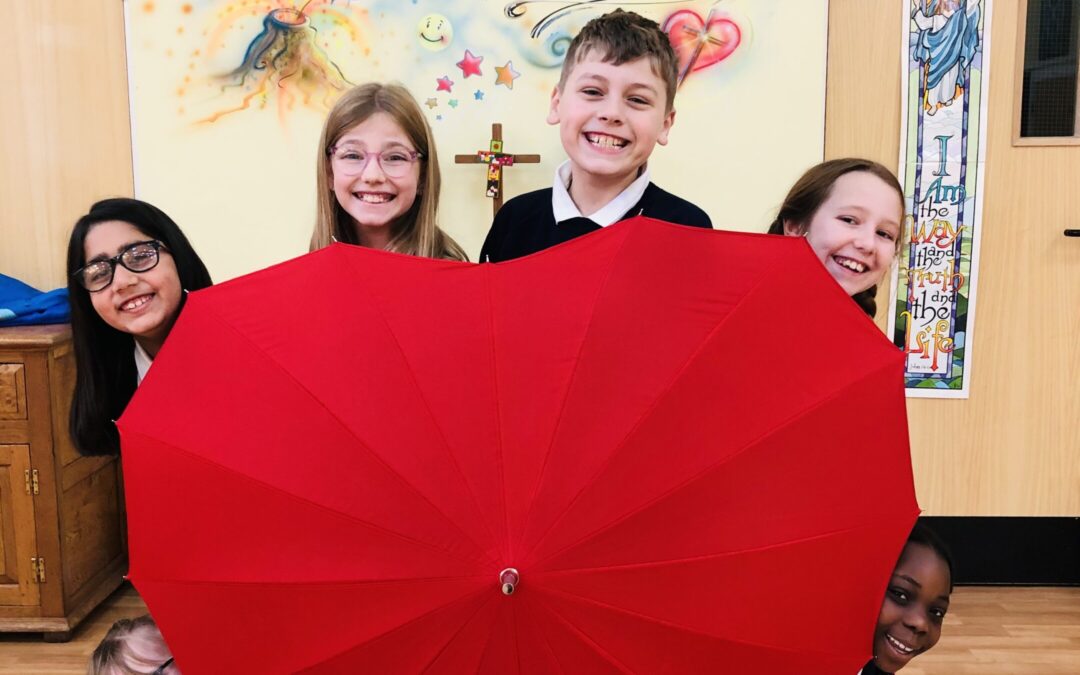 Clare Dallard – the class teacher who made a video ‘Give a Little Love’ at St Andrew’s School, Laverstock, was inspired by a TV advert.

“We originally looked at the advert as part of our PSHE lesson, and because our school vision is “Do Everything in Love, we thought about, and discussed, things that happen in school to show love and we came up with some story boards showing some different situations.

“The children used iPads to film the clips before merging them to make the advert. We never expected it to be a big hit online – we just liked the end product so shared it on our school Facebook page. We’ve currently had about 16,000 views and raised nearly £300.

“We also received goodies for the children from John Lewis. We received books, sweets and even a heart-shaped umbrella. Chairwoman Sharon White wrote to us and we have been told the makers of the advert have seen it too.

“It’s had such a positive impact on the children as the intention was never to share it. So, as well as reflecting on giving love, they’ve also seen how they’ve touched many other people and made many others smile too.

See the pupils’ video below: