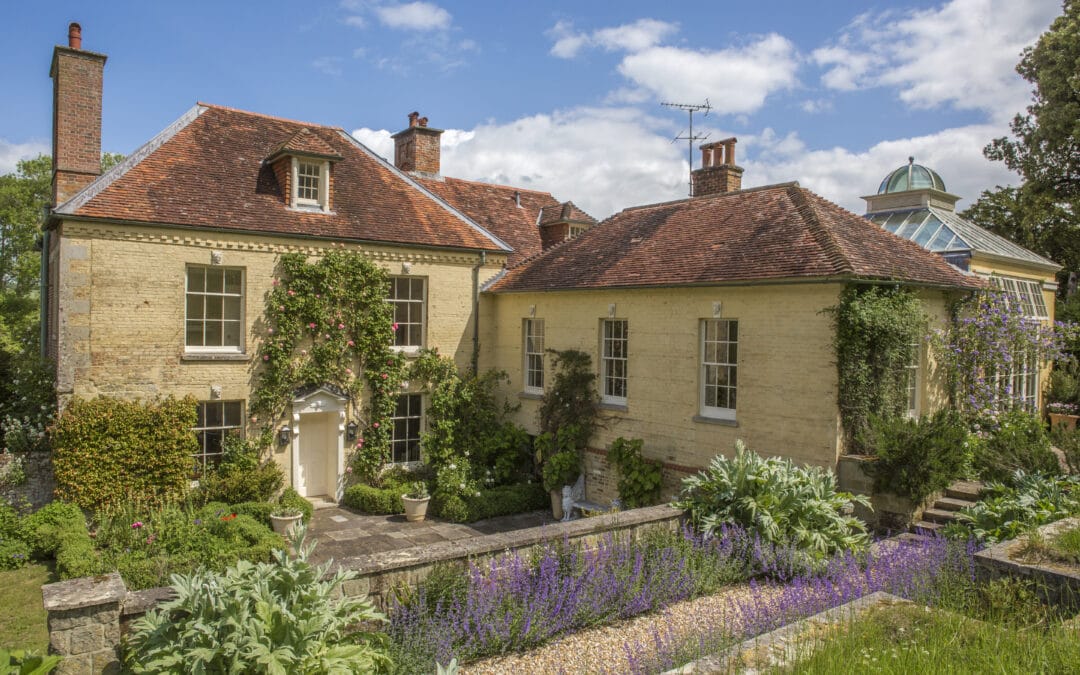 The Queen Anne country house, in the Chalke Valley village of Broad Chalke, has a long and distinguished artistic heritage. The rich historical archive was curated by Sir Cecil Beaton, perhaps Reddish House’s most illustrious occupant. It traces t

he outline of the property’s ownership over a period of about 380 years.

The house was largely rebuilt between 1717-1720 by Jeremiah Cray, clothier, and John Coombs, a mercer. In the 1930s, it was the home of the parents of British artist Christopher Wood, recognised as one of our leading 20th century artists.

Beaton is best known as a photographer, in particular of the royal family over several generations. He was also a set and costume designer, most famously for the costumes in My Fair Lady. As such, Reddish House was a regular backdrop for numerous fashion shoots for Vogue and other titles. 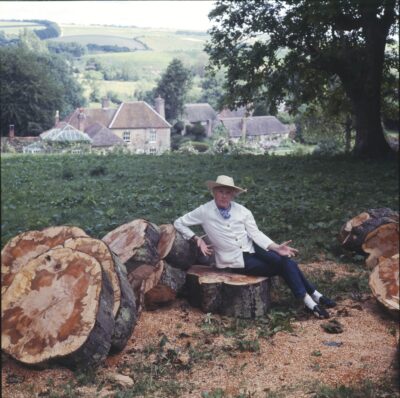 Beaton was introduced to the possibility of buying Reddish House in 1947 by the writer Edith Olivier. She knew of it having stopped outside previously with the artist Rex Whistler, who had drawn it. After he purchased it, he set about undertaking a number of improvements at a time when post-war austerity meant that materials were in short supply. Using his theatrical talents, he created a supremely comfortable house, much of which is recognisable today. 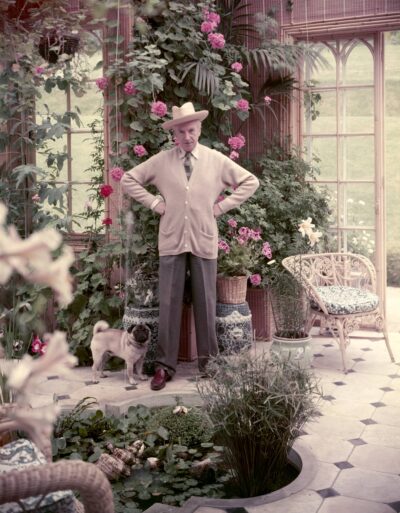 For more than 30 years, Reddish House was to be Beaton’s home in the country, and was host to a succession of visitors from the world of high society, with leading artists of the day. This includes James Pope Hennessey (biographer of Queen Mary). Truman Capote (Breakfast at Tiffany’s), David Hockney, Francis Bacon and Greta Garbo.

The Grade II* listed Queen Anne architecture includes a main house and two other cottages, private gardens and a water meadow. The main house features a spacious and light-filled entrance reception hall with working fireplace and marble Italianate columns; a sitting room/study; fully fitted kitchen with Aga; carriage room which works well as a library, home office, media room or further bedroom; mezzanine level floor with spacious library/landing; beautiful drawing room with gently curved walls, pillars and working fireplace; conservatory/winter garden room; dining room and butler’s pantry; as well as a bedroom and bathroom on this floor. The master bedroom suite with large bathroom and dressing room is on the first floor, and a staircase leads to the attic floor, which could be used as an occasional bedroom, with bathroom situated in the original cock fighting cages. 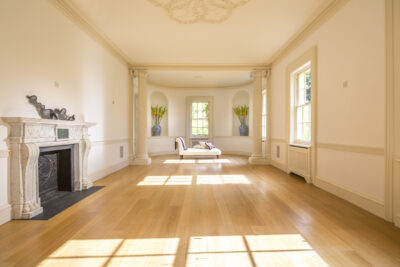 About six acres of grounds and gardens at Reddish House present a romantic garden in classic English style, combining lawns and ancient trees with sheltered walled garden rooms. The house is framed by ancient yews to create in a cloud fashion a screen for the garden. With a thatched cob chalk wall, it is a very private and sheltered space. 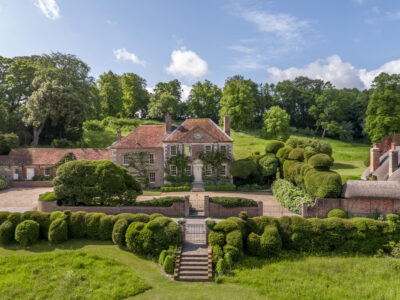 To the west of the cottages is a rose and peony garden, originally planted by Cecil Beaton, which has a large greenhouse and kitchen garden. 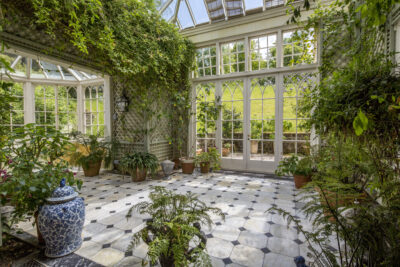 The garden has quiet seating areas, and a summer pavilion. In 1971, the meadow in front of the house was re-created as a water garden. This Elysian field, with meandering walks, is an enchanting spot along with a summer house. 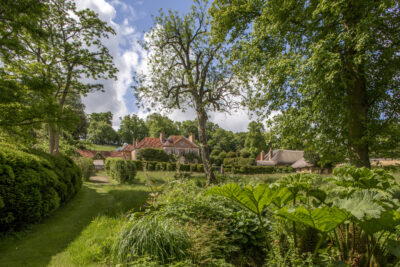 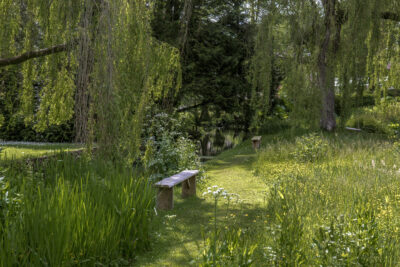