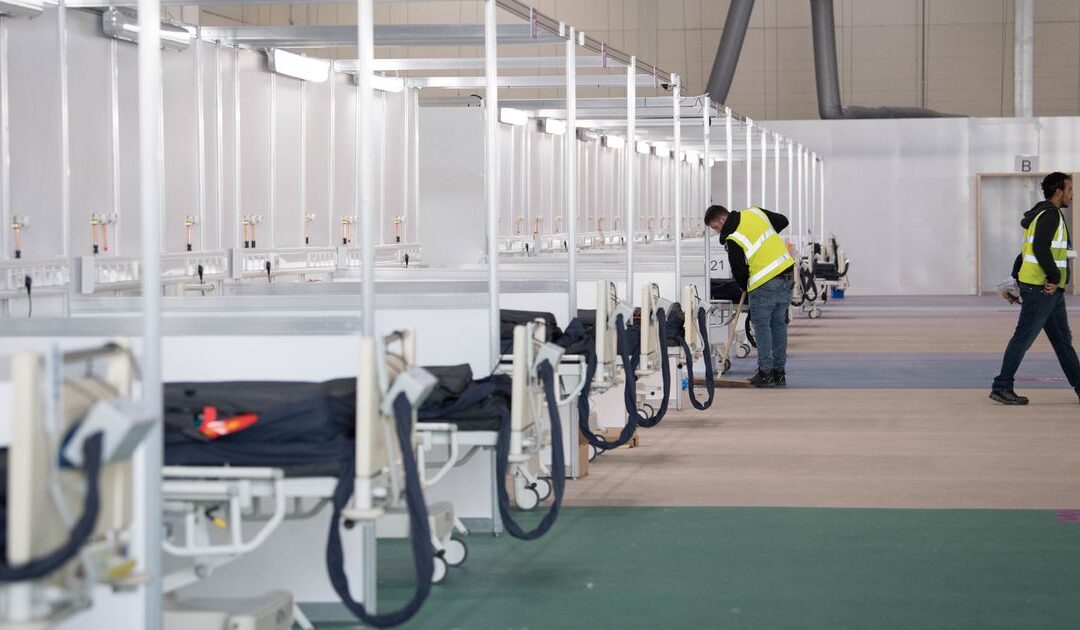 From a special correspondent

There are people that the media almost never get to talk with: ambulance crews.   Are the crews ever glad about that? No time wasted, no bosses gunning for them for indiscretions.

While they are hands-on, they have tunnel vision towards the casualty or, worse, casualties. But their lives have concentrated frustrations – queueing in A & E, sitting in traffic jams, being re-directed en route because the last bed has been filled and, also, being instructed not to collect any patient with identifiable categories of disease.

They know care homes well. We should make the clear distinction that when children are in care, they may be in a care home, but theirs is a wholly different sort. Fortunately, the young are – in general – at little risk from Covid-19.

It is not possible to become elderly without knowing quite a lot about death – about other people’s, obviously. But what they know about death is not much talked-about: it’s not good for morale. And in a corridor in a care home, a 90-or-more-year-old resident may well ask you: “Have you seen my mother today ?”

If they are lucky, the elderly who move into care homes may get a good life while they are there. Age, though, gnaws away at proper function of blood circulation, bone-joints, lungs,  brains and most awkwardly, control of human waste production. Keeping these buildings in a sanitary condition is an art, a science, and a gruelling, unpleasant grind. That is life, minute by minute.

About 25% of care home residents can live there only because there will be a Registered Nurse on hand. Otherwise, that 25% would be hospital cases, or dead.

So, any potential arrival of a highly infectious disease into this closed environment must be prevented if at all possible. Every person arriving from outside presents a risk; but they present an even greater risk when they leave, even if after only 30 minutes, once the home “has it”. So residents, and those visitors on whom they rely, must stay apart, in many cases for the rest of their lives, as it turns out.

It was never going to be possible to keep Covid-19 out of care homes. Long ago, there were nursing homes rather than care comes. There are still some, but few. Nursing homes were staffed, in the main, by those living within the bounds of the site. The majority of Care Homes have no resident staff. Homes located in an urban setting are run by staff who mostly commute on public transport, subject, twice a day, to the same infection risks as any commuter. So the virus could not be kept out, but through being knowledgeable and careful, the commuting staff kept it at bay for a remarkable span of weeks.

Looking at the “Nightingale Hospitals” and the acres of beds not yet seeing a patient, it seems pretty clear the statistical modelling that caused these temporary hospitals to be built was based on the profile of our whole population, not our whole population minus that fraction which resides in care homes: the prospectively fatal cases. They never got there. Someone “in power” obviously declared that fraction of our population would not be regarded as entitled to “needing NHS care”. Wouldn’t it just be interesting to see the Minutes of those deliberations and distributed orders.

It might well be that adequate staffing for the Nightingale Hospitals could never have been found. Staff for 4,000 patients on ventilators, in the case of the London Nightingale? But in at least one London hospital’s intensive care section, only half the personnel were available because of having caught, or while isolating from, Covid-19. It would have been remarkable if satisfactory staffing levels had been prepared. And if they had, what happened to them (and their PPE)?

Some elderly are lucky enough to remain in their own homes, or unlucky enough not to get into a care home they know and like, will very often receive visits from care workers.

While there is a financial-only interface with an established care home for a local authority,  that LA is deeply involved in supplying care if the elderly person has become a patient who both needs and wants support from the LA at home. LAs have significant discretion as to how they operate these services, and the profile of their own population can strongly influence the success or otherwise of an individual LAs scheme. But some patients declare independence from LAs and recruit services they need or can afford from privately run organisations.

For carers visiting patients in their homes or commuting just to one care home, the work profile, always has a large and variable set of risks. Most carers are paid the minimum wage; some may have a car, but in an urban setting, most will use public transport, or walk. It is not unusual for carers out in the community to visit three homes twice a day to assist movement of and food for – for instance – stroke patients.

The impracticality for carers can easily be understood: dressing and undressing themselves safely six times into and from whatever PPE might be provided. The remainder of the long day may be spent on public transport and in shops,  carrying their PPE.         And there are seven days in every week.

Local authorities and carers working in the community right now will be too exhausted and too unavailable to tell their tales. Practically no information is getting out about the fate of those whom they term their “clients”. In an NHS setting or in a care home, there is structure and some depth of cover. The carer out in the community and the “client” between them, alone, know their own little local story, although its closing chapter will in some cases already have been concluded.

At the time of writing,  care homes are starting to give an account of the plight in which they find themselves. Individual homes may or may not survive because they need 95% occupancy through the year. Their income stops the day a Death Certificate is written. Government is going to have to decide whether the NHS can afford to see them close.

And the long lock-in might just have sparked a prospect of renewed activity for obstetric units before year 2021 commences.

At the end of these reflections on “Why Did Grandma die ?”, there may be a lesson on a par with food shortages endured during The Second World War, of which the end (in Europe, not in the Far East ) we remembered on Friday, May 8.

Such a lesson was empty supermarket shelves this March.

It took a warning of just a fortnight’s lockdown in our country as a whole to produce a situation in which hospital staff,  care staff, railway workers, police and others coming off shift of an evening could not find food to buy for that night in supermarkets. That ought to be a serious lesson to us all.

Who knew why Grandma died ? Well, an ambulance crew probably knew, but we’d probably never catch-up with them.

Let’s hope that your Grandma made it through – do take her seriously, because her experience has real value.

Why did Grandma die?