‘Turning Point’ sculpture is in the city 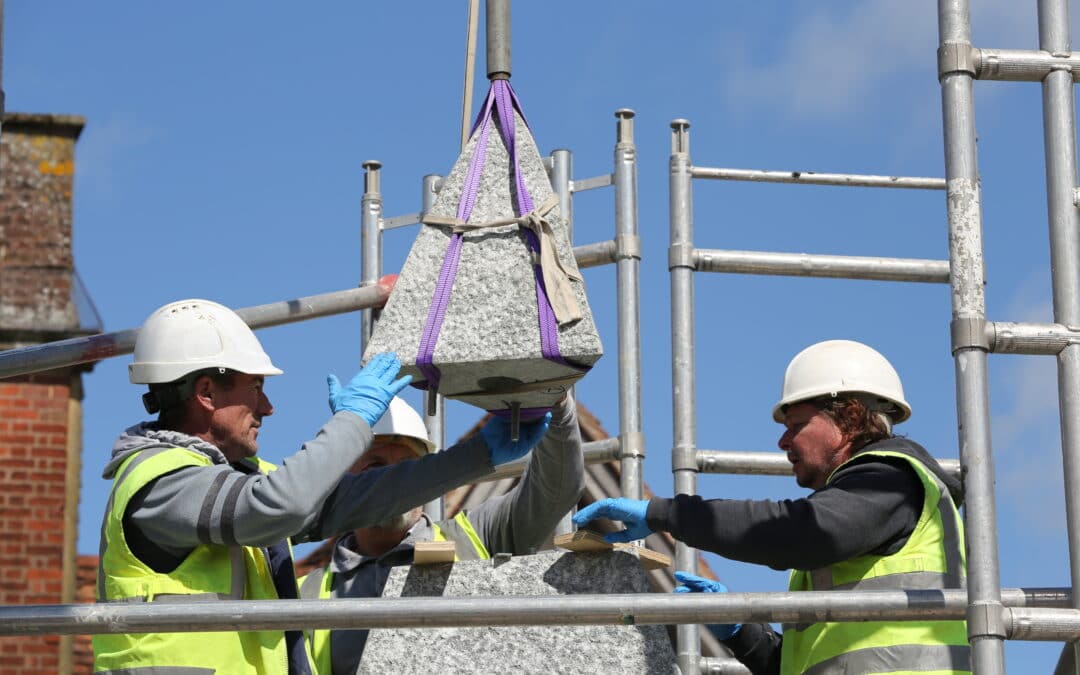 Salisbury has a new turning point. A new sculpture named ‘Turning Point’ has been installed in the Market Place. The tall granite work was created by John Maine RA and is intended as a link between the City and the Cathedral as well as a ‘marker of confidence’, contributing to a sense of optimism for the future of Salisbury.

At 4.2 metres high and weighing an estimated five tons, the sculpture is built in seven courses of granite in the form of a spire. It marks the passage of time, as its shadow encircles the base. Its twisting form creates a further sense of movement within a still object.

For public safety, barriers surround the sculpture while the mortar sets but will be removed for people to enjoy Turning Point’ in all its glory’. 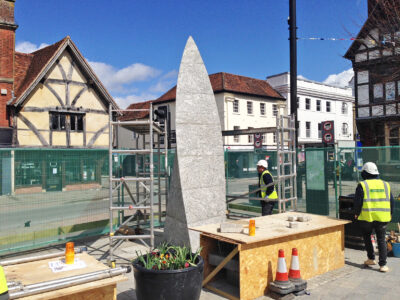