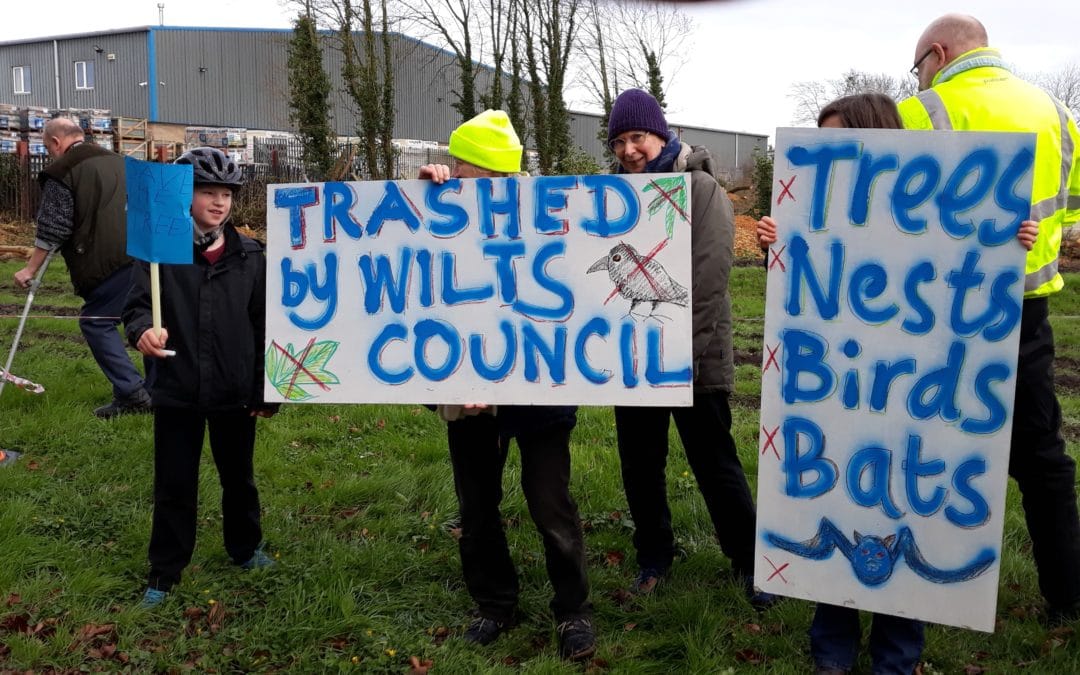 They were protesting at the felling of about 40 trees, which housed rooks nests for at least 15 years, and would have provided foraging for a nearby bat colony. 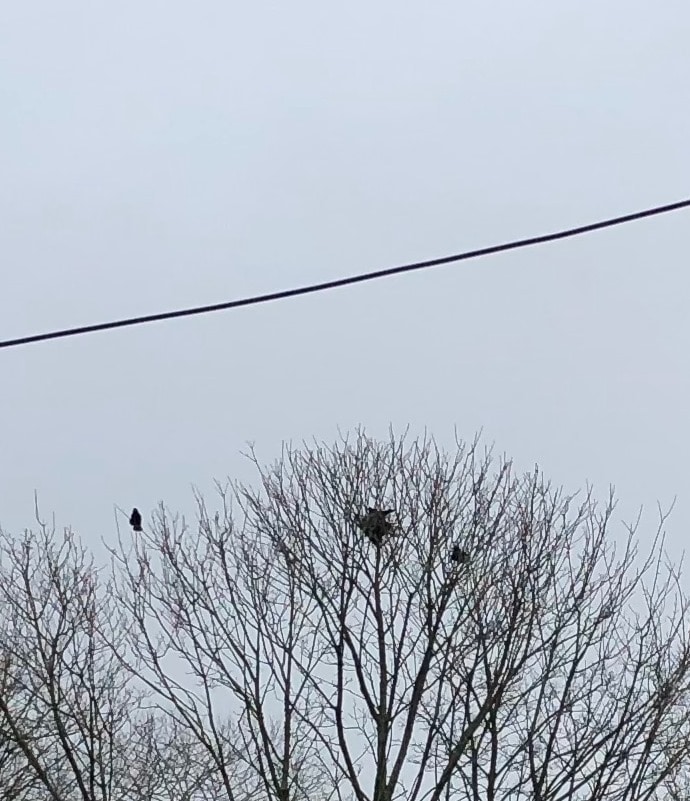 “It is now devastating  to see the homeless and confused birds circling around the area with no home,” one elderly resident said.

Harriet James from Sustainable Warminster said the land belonged to Wiltshire Council and a planning application to develop a highways salt depot included an independent ecological and tree reports which recommended retaining a large number of trees. “Wiltshire Council appear to be in breach of environmental law on several counts. They have ignored the advice of their ecological and arboriculture consultants,” she claimed.

“Under the Wildlife and Countryside Act it is illegal to disturb nesting birds during the nesting season. There was a rookery in the trees at the west end of the site which has been there for at least 15 years. Rooks nest from January onwards and have eggs in February.

“We have photographic evidence that birds were nesting in the trees when the trees were cut down, leaving only a few which did not have nests in them. The tree report specifically said that nesting birds should not be disturbed between February and August. Birds and their nests and young are protected under Section 1 of the Wildlife and Countryside Act 1981, as amended.”

She also claimed that Warminster Town Council’s Planning Advisory Committee objected to the Furnax Lane application. Cllr Fryer proposed objection due to the construction being beyond the building line, loss of trees and habitat, possible contamination and that the development was not within the new Climate Change Policies. Cllr Ridout advised that she would notify Cllr Davis to call in the application at Wiltshire Council Strategic Planning Committee meeting. 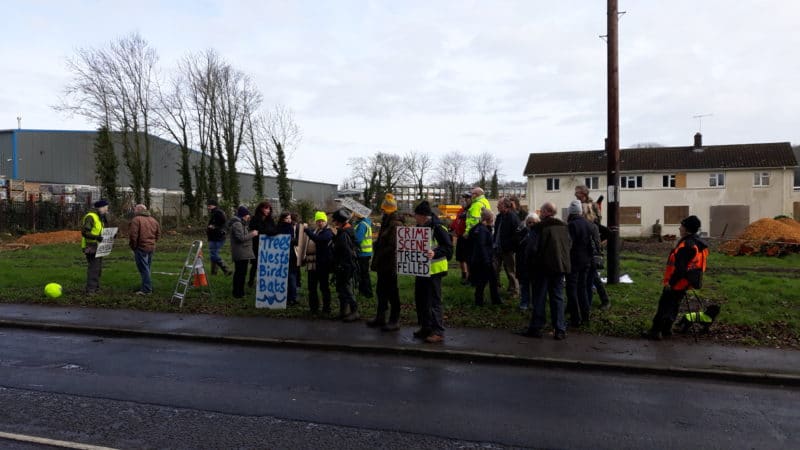 Tim Hancock said: ”Wiltshire Council haven’t been given planning permission for this site but they have gone ahead anyway. The planning process is a farce if the council commission’s ecologists to recommend ways of protecting the environment but trash the site before the strategic planning committee can consider it. The same sort of destruction of trees and habitats before permission is granted happens over and over again. Developers are prepared to risk a fine because they know Wiltshire the council never enforces it. On this occasion the council themselves are the offenders.

“After surviving storms Ciara and Dennis it’s so sad to see this rookery gone, in my opinion illegally felled by Wiltshire Council.  This illustrates how much disregard they have for our wildlife and their preference to developments,” another resident said.

“We are fed up with developers acting with impunity.  Ecology reports appear to be nothing more than a tick box exercise and completely meaningless when developers ignore the advice and destroy entire habitats.  I am here to try and hold Wiltshire Council accountable for its actions,” was another comment from protesters.