Traffic issues on A303 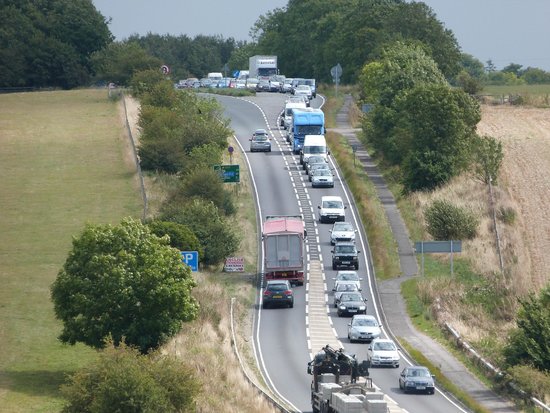 A temporary traffic order on the A303 near the area of Stonehenge is in place after police reports of a number of traffic issues and near misses.

The order prevents vehicles stopping on the verge of the A303 between Parkhouse roundabout and ends at Winterbourne Stoke in both directions.
Barney Appleton, Traffic Management and Road Safety Officer from Wiltshire Police Road Safety Unit said: “The temporary order has been put in place after calls from the public since May 17 reporting concerns that vehicles had stopped on the grass verge of the A303, with occupants walking along the carriageway principally to photograph Stonehenge.

“This was causing HGVs and other vehicles to move into the middle of the carriageway. As well as this, we have also had reports of drivers continuing to push back temporary barriers to the entrances to nearby byways on the A303 so they can park there.

“We ask all motorists to consider their actions and drive or park in a safe, legal and responsible manner. We will continue to work closely with Highways England and monitor the order and its effectiveness over the coming days and weeks ahead.