The loneliness of the short-distance bus driver 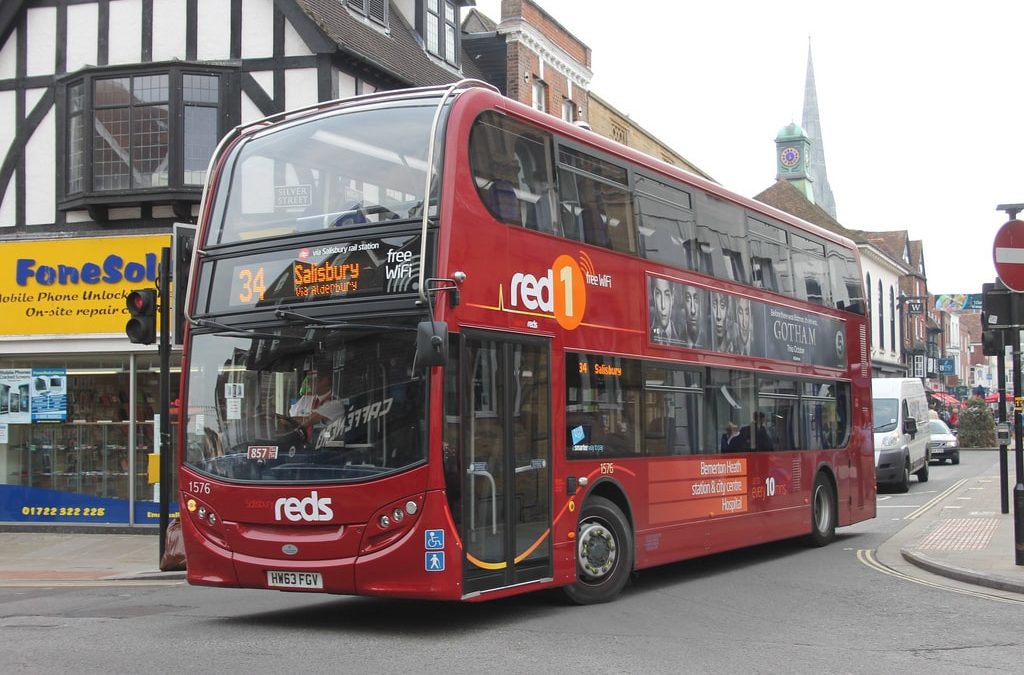 Since the UK entered its first lockdown, the roads have been quiet, city streets have been abandoned, and buses have been running mainly empty for a year.
New Valley News spoke to Salisbury Reds bus driver Alan Jardine about what it is like to drive a bus during a pandemic.

“The major thing is how quiet it is. The number of people we are taking on the buses, and the revenue the bus company must be taking, has obviously dropped considerably,” he said.

Alan’s job may be easier at the moment, but less traffic means the buses can run on time, and he misses the social aspect.

“It’s lonely and we do miss people. There are people you don’t see for a while and you hope they are ok. We will be glad when we get back to normal, it will be nice to see a few more faces and have more company.”

Alan recalls his nerves at the beginning of the pandemic. “As a bus driver, you heard stories about other bus drivers in London catching Covid and things, so at first it was a bit nerve-racking. The bus company had to change quite quickly but, as time went on, PPE came in and the buses have proper screens. Now you do feel a lot safer on the bus, even without the vaccine, because of the protection. The bus company come good in that sense to make us feel safer.” 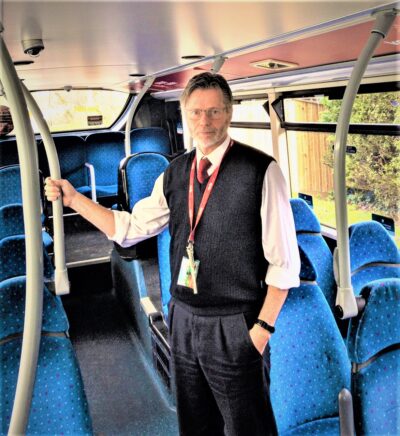 Wondering whether the pandemic will have a lasting impact on public transport, it is actually the state of the high street which troubles Alan.

“There are so many shops closing down and I do look around and think ‘how long are they going to need this number of buses going into the town centre?’

“Something has to change because Salisbury, and other town centres, are being depleted, and this seems like a nail in the coffin. Unless something can be done to increase the town centre shopping, I do fear what the future holds,” Alan confided.

He has been a bus driver for three years, and was inspired to apply for the role after seeing a content bus driver.

“I used to be a thatcher and I worked outside in all weather. It can be cold, hot, dirty. One day, I was working with a friend in the cold rain when a bus drove past. I said to him as a joke: ‘I want to be a bus driver’. It looked so nice, the driver was sitting in his cabin and he looked content. That was in the back of my mind, and when I saw Salisbury Reds were looking for drivers, I applied.”

When I spoke to him, Alan was looking forward to the children returning to school.

“At the moment, the schools are open to key worker children and you take a double-decker bus and only pick up two kids. They disappear upstairs and it’s an empty bus again, which is lonely and boring sometimes. It will be nice to get back to a normality that is going to stay,” Alan stressed.