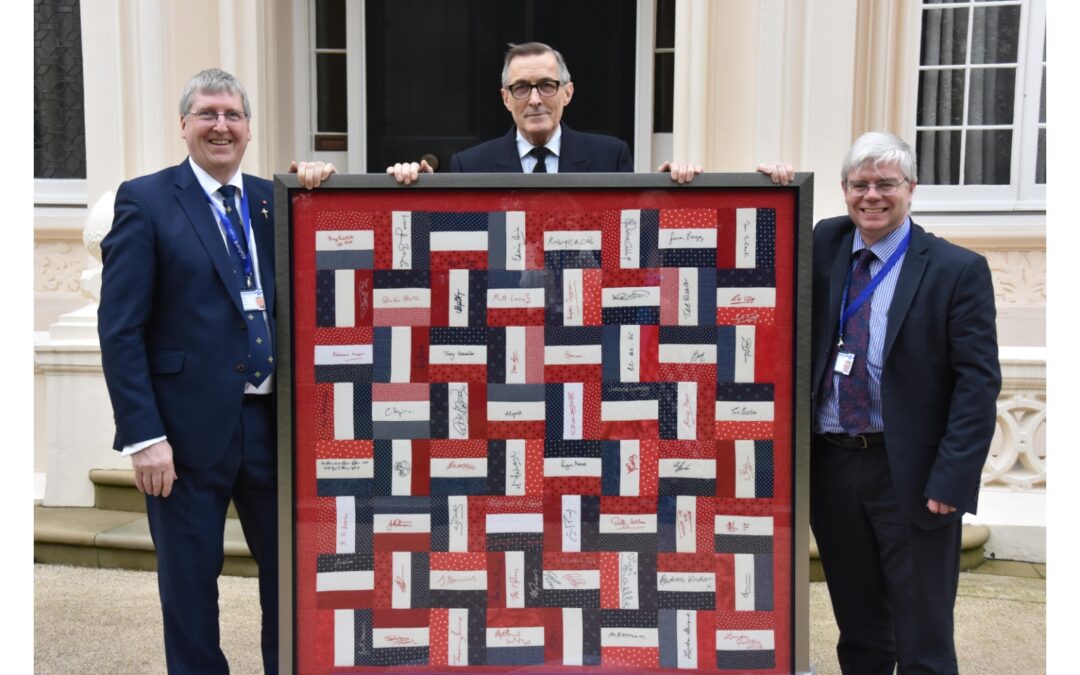 A quilt with masses of celebrity signatures, donated to Armed Forces Veterans charity Alabaré by war veteran Dennis Gimes, is to be auctioned.

Dennis had the idea to make a quilt covered with stitched in signatures celebrities, including Dame Vera Lynn, Sir Roger Moore and Joanna Lumley. The “We’ll Meet Again Quilt” for auction on Friday, July 10, to mark 80 years since the start of the Battle of Britain.

The quilt, made by the London Quilt Makers, backed and framed will be sold to raise vital funds to support the charity’s work with homeless and vulnerable Veterans.

Sir Ranulph Fiennes, whose signature is on the quilt said: “I signed the quilt because I strongly believe we should do all we can to stop our brave veterans becoming homeless. I hope this quilt, with all the great names on it, really raises a lot of money for the brave men and women of our Armed Forces.”

To bid on the quilt, visit www.charitystars.com/product/we-ll-meet-again-quilt-handmade-quilt-signed-by