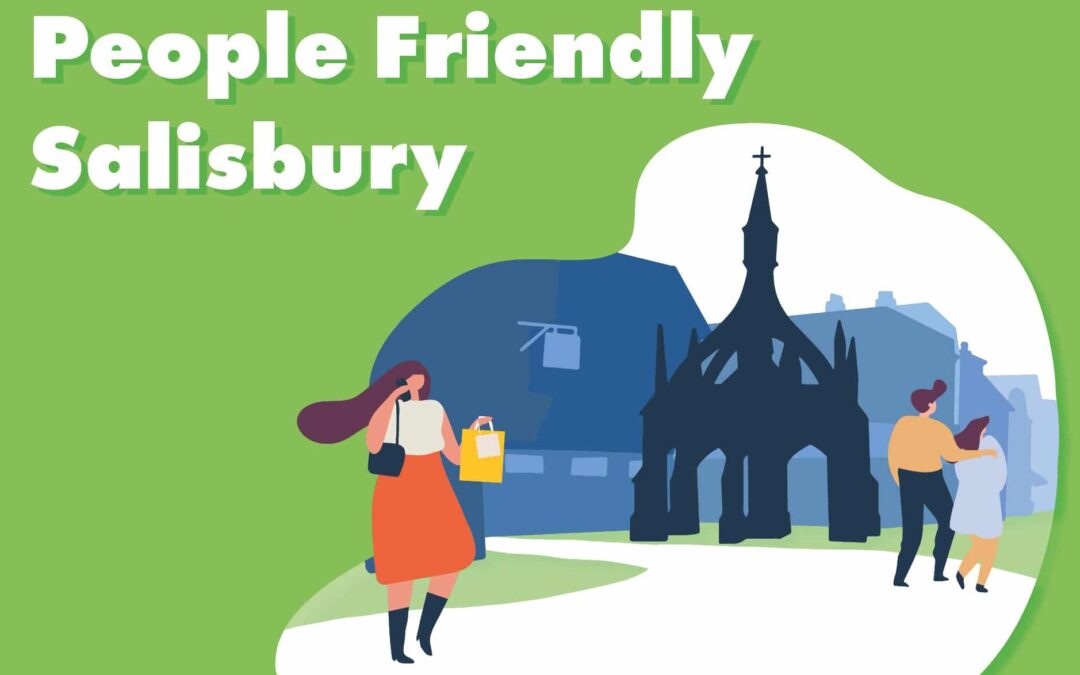 The council claims the project will help to transform the city, making it a more attractive place to visit, shop and work; and improving air quality.

Comments from the public, businesses, and local groups will be taken into account, and designs amended where appropriate before the scheme starts in the Autumn.

A council statement said: “In phase one, some of the city centre’s streets will be closed to through traffic and access to Central Car Park will be altered.”

Phase two follows in Spring/Summer 2021, depending on the outcome of this monitoring and feedback from the public and businesses.

Mill Road/New Street/Crane Street will be restricted to traffic to stop non-essential access to Churchfields industrial estate, improving the pedestrian link between the city centre and the cathedral, and the Fisherton Street access to Central Car Park will close, reducing traffic along Fisherton Street. The two sections will be closely monitored throughout phase one to measure their usage and the flow of traffic, the council said. 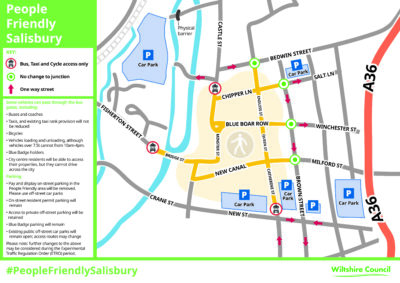 “A significant amount of positive feedback from residents, businesses, and interest groups in the city, and also several comments on various aspects of the scheme. People’s concerns mainly focus on traffic on the A36, access and parking for people with disabilities, access for deliveries and businesses, and the numbers of visitors and shoppers in the city.”

The council has set out the traffic controls.

Highways England, which controls the A36, is supportive of the scheme and is working closely with the council.

Flows on the A36 are currently down on their pre-COVID levels, particularly in the peak morning and evening periods. The council will also make use of advanced monitoring technology to monitor traffic flows and movements on the A36 in real-time. It will have an agreed contingency plan to make changes to the scheme if required, based on this monitoring.

Some vehicles will be able to drive through the bus gates, including buses; tourist coaches; taxis; Blue Badge holders; city centre residents, though they will not be able to drive through the city centre; and vehicles that are loading and unloading, although vehicles over 7.5t will be excluded between 10am and 4pm. Existing taxi rank and loading bay provision will not be reduced.

In terms of parking, on-street Blue Badge parking will remain as it is, as will on-street resident parking and access to private off-street parking. Existing public off-street car parks will remain open, but access may be restricted to particular routes/entry points.

Pay and display on-street parking in the city centre will be removed and users will be directed to off-street car parks.

It is hoped that the scheme will increase the number of shoppers and visitors in the city, as has been the case with similar schemes, both in the UK and abroad, which have benefited businesses. For example, pedestrian improvements in Coventry and Bristol showed a 25% increase in visits on Saturdays; while in Altrincham, investment in the public realm reduced shop vacancy rates by 22.1% and increased visits by 25%.

More details and the survey and FAQs:

The survey is open until 3pm on Thursday, August 13.