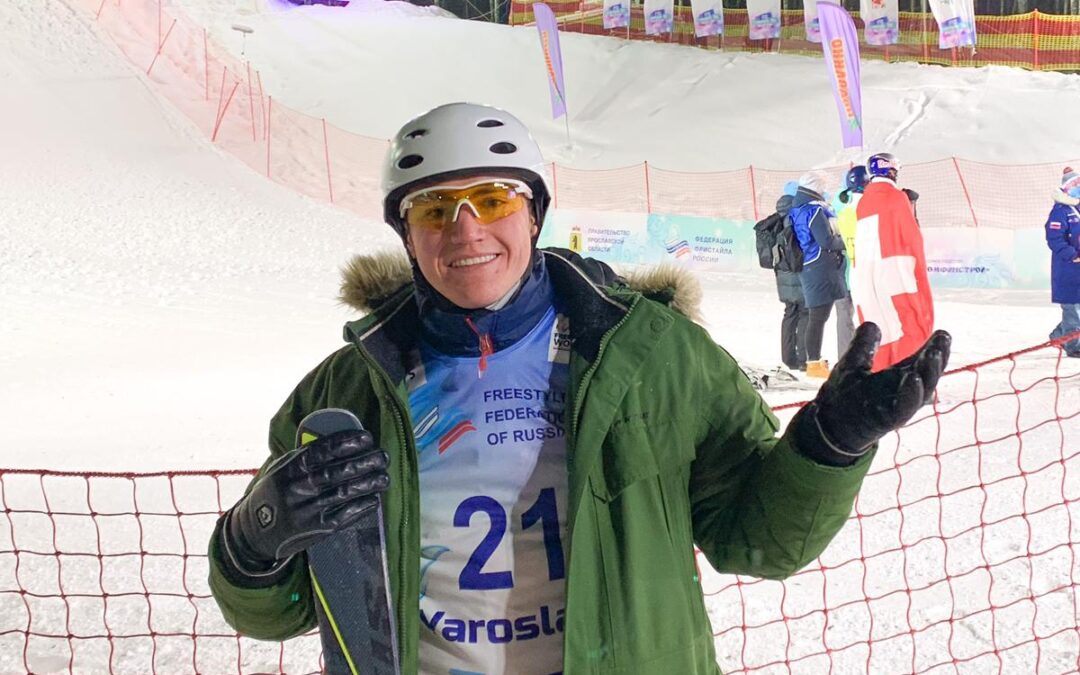 Olympic skier Lloyd Wallace, who lives near Shaftesbury, is on track to qualify for the 2022 Winter Olympics in Beijing.

Lloyd, 26, competed in Freestyle Skiing at the 2018 Olympics in Pyeongchang in the aerials discipline. His speciality is the full-full-full, a terrifying triple twisting triple somersault 50 feet in the air.

Lloyd took two years off skiing to complete a Masters Degree at University of Bath, but returned to train with the Swiss Team in the Summer near Zurich where aerial athletes can practice their jumps on a water ramp, landing in a swimming pool.

In 2020, his ability to travel and train was curtailed by the pandemic, but the authorities made an exemption for elite athletes and Lloyd could travel to Finland in December and is now in Russia competing in the World Cup tour. 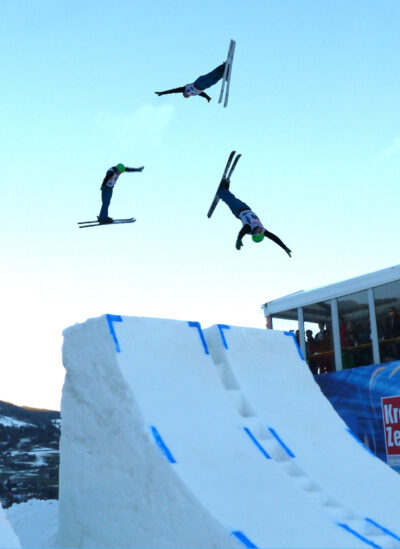 “It was pretty tricky getting all the right paperwork, visas, invites and Covid tests, and even then I had some tricky moments at check-in and on arrival in Moscow. But it’s great to be here now and the Russians have been very welcoming. All week it has been minus 18C and there has been some gusty wind, which always makes it more difficult,” Lloyd reported from Yaroslavl.

He was delighted to land his big jump and get into Finals (top-12) on both days of the weekend World Cup event, placing 12th and 11th. His parents, Robin and Jilly Wallace, from Semley, former Olympic skiers themselves; said: “These two results are really solid and certainly puts him in good stead to qualify for next year’s Winter Olympics in Beijing. That would be amazing.”

Lloyd is self-funded and is working remotely as sports agent when he can, but he is looking for sponsorship to help with his mission to aim for Olympic medals in 2022.