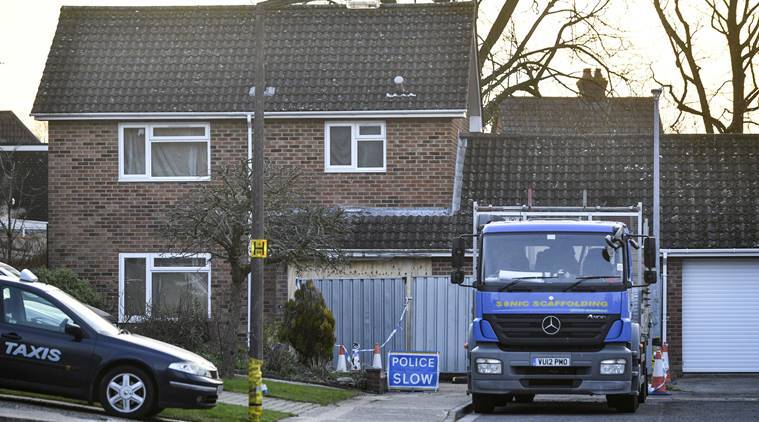 The home of former Russian spy Sergi Skripal has been bought by Wiltshire Council.

The house in Salisbury has been empty since the assassination attempt with Noviochok on Mr Skripal and his daughter three years ago.

The council yesterday said it would ‘rebuild and refurbish’ the property to allow it to be used again as a home – but nobody will be allowed ‘to trade on its history’.

A spokesman said: “Wiltshire Council has agreed to purchase 47, Christie Miller Road, Salisbury, to enable the property to be brought back into use.

“Once refurbished it will be offered as a shared ownership property to local residents in line with the council’s affordable housing policies, with a legal stipulation that it must be used as a residential property, not be sub let, and that nobody can trade on its history.”

Council leader Councillor Philip Whitehead added: “It will be good to see this house used as a home again. Throughout this process, we have been in regular contact with  local residents and after consulting with them, we have agreed to refurbish the property and offer it for purchase under our shared ownership scheme at an agreed market rate.

“During the coming months, we will rebuild and refurbish the property to bring it back into use as a home and to protect local residents we will ensure the property will not be used for anything other than a home.”

Yesterday, Monday, neighbours were remaining tight lipped at the news.

The house was finally declared safe in September, 2019, 18 months after then poisoning incident.

This followed a massive clear-up by Wiltshire Council after the letterbox was smeared with the deadly nerve agent.

Since then, the house in Christie Miller Road has been standing empty as though nothing had ever happened.