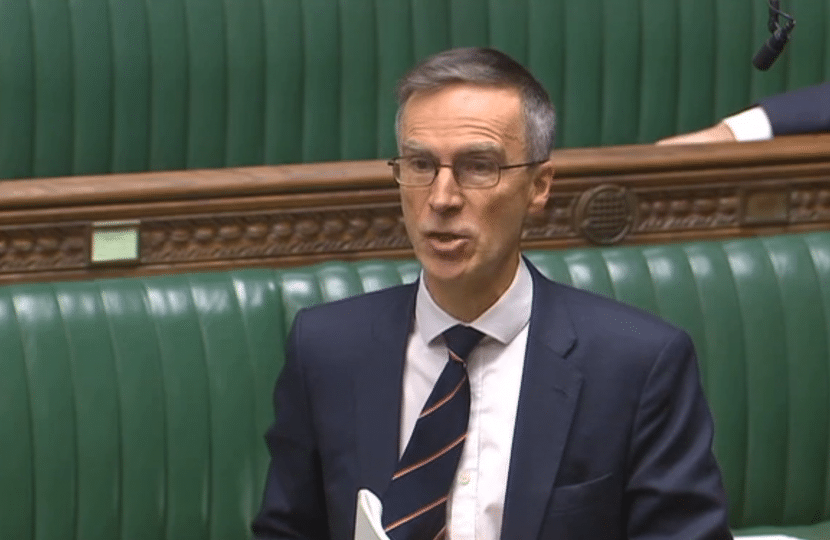 The Government was asked about plans for supporting vaccine roll out across the developing world by South West Wilts MP Dr Andrew Murrision.

As the country registered more than four million first doses administered, and as England expanded the offering to over 70s.

Dr Murrison noted the early success of the UK’s programme but asked about access to vaccine for the global poor, citing the international effort being co-ordinated by COVAX.

At Question Time in the House of Commons, he asked the Foreign, Commonwealth & Development minister: “Will the Minister say at what point we will pass vaccines we have ordered that greatly surpass the need of our population to COVAX? Does he agree it is vital that, in advance, we do everything in our power to develop healthcare infrastructure in developing countries, without which a credible vaccine roll-out is just not possible?”

Minister Nigel Adams replied: “I have had meetings with my Philippine counterparts on vaccines, alongside AstraZeneca. We are supporting equitable access through our funding for the COVAX facility. We are one of the largest donors to the COVAX advance market commitment to support access for 92 developing countries; we have committed £548 million. COVAX’s partners, which include Gavi, the World Health Organisation, and UNICEF, have huge experience in supporting developing country immunisation systems and the programming of immunisation. We expect the initial roll-out to COVAX AMC countries to start in the first quarter of this year.”