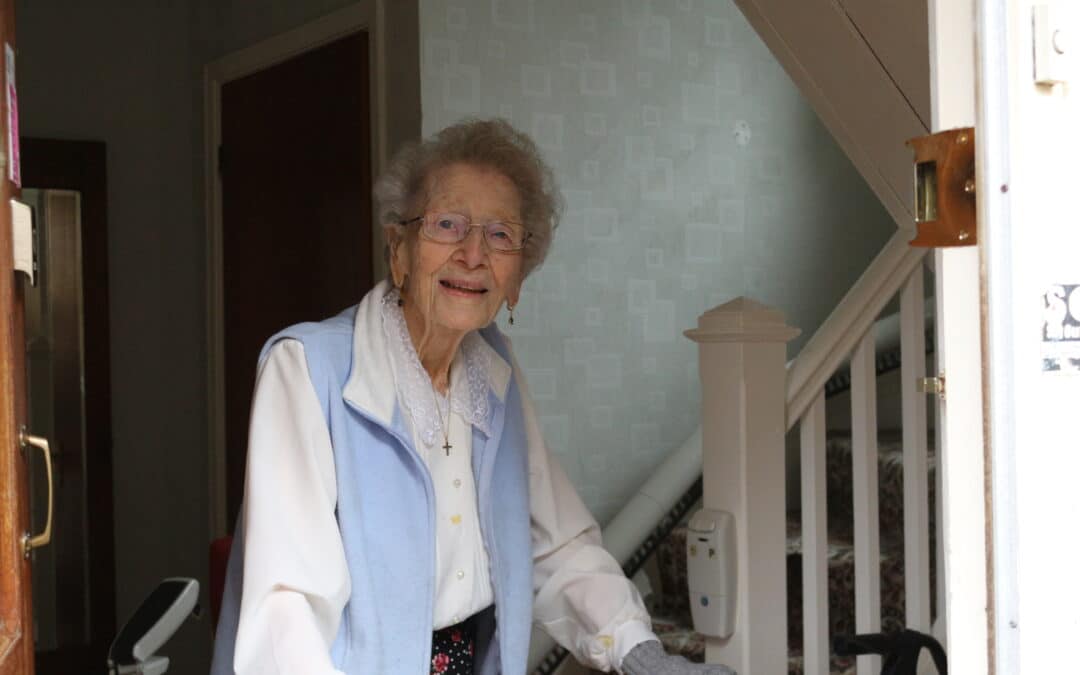 Born on December 29, 1920, Molly told New Valley News what it’s like to reach such an incredible milestone and advice she would give to young people today.

On arrival at Molly’s house I noticed first her incredibly fashionable sense of style. Wearing a black skirt with red flowers and a bright smile, she was excited to chat to me about her special birthday.

In a birthday card from HRH Princess Anne, she is thanked for her service during the second world war.

“I was in the Army during world war two and we were called ‘the girls behind the men behind the guns’, and we sent information to the soldiers manning the artillery. We saw a lot of action and I loved it! I have two brothers, so you can imagine I was very used to it.”

Molly said she can’t believe she has reached 100 years old.

“Longevity does run on my Dad’s family side, and what a life I’ve had. I have no regrets about anything in my life.” 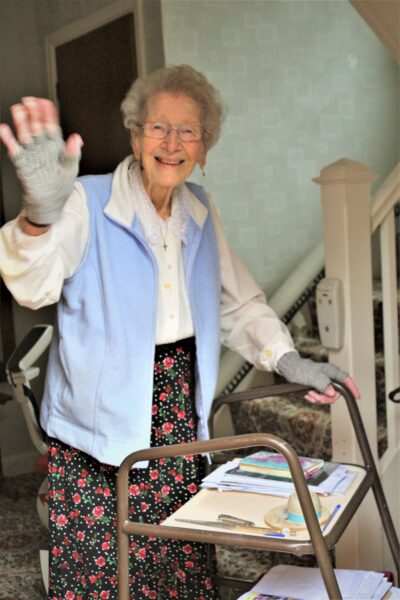 Molly recounted the wonderful memories she has, especially those with her husband Jim.

“I didn’t see my husband for six years as he was a prisoner of war in Poland, but I wrote to him every day. I said I would wait for him until the seas ran dry. If you get a good man hold on to him,” Molly advised.

Molly and Jim first met at an Army dance in Bulford, “He asked me to dance and I said ‘I don’t dance,’ so he spent the whole night teaching me. If Jim and I had not married, I would have made a career of physical training in the Army, but I decided to marry him instead,” said Molly said with a heart-warming smile.

For her birthday, Molly has been spoilt by local friends. In a card from the Royal Artillery, she received a cheque for £50.

What will she spend it on? “I have bought a new outfit to celebrate in case I do get to meet Princess Anne,” she said.

Molly had hampers delivered from Army ranks, cards from members of the Royal Family, and she thinks her son and grandchildren had something planned for the special day.

“I have been completely spoilt and well-looked after. I have lots of lovely friends around here. There are still some very nice and unselfish people around,” she said.