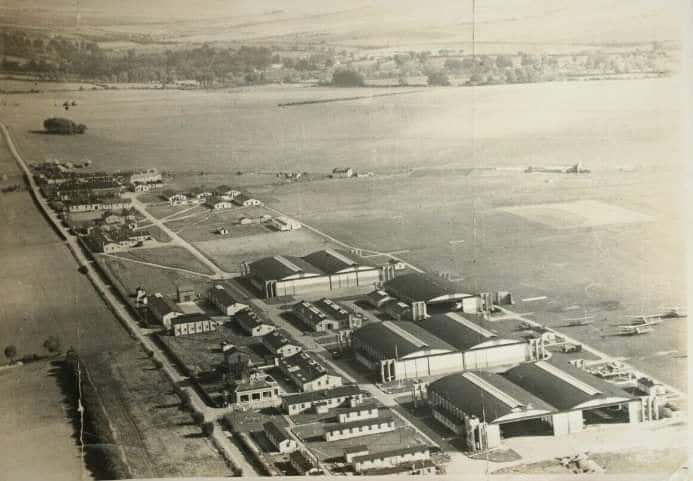 They claim the historic airfield’s heritage ‘Hangar 3’ needs restoring to former glory after years of damage from heavy machinery operating in the nearby industrial estate.

The owners are launching legal action against Phoenix Life, the freeholder of a building located near their own historic Grade II* listed Belfast Truss hangar, known as ‘Hangar 3’.

They allege Phoenix Life allowed their tenants, Equinox International, to operate heavy steel cutting machinery which created low frequency sound and ground vibrations for over 15 years. They claim that, in 2011, specialist consultants advised council planners that the noise and vibration caused by the Shear was an issue for adjoining structures, including the new homes planned and built by Persimmon and others surrounding the airfield. They also claim that Wiltshire Council’s environmental protection team had warned that “residents of these new properties may be in a position where the use and enjoyment of their homes is significantly impacted.”

A statement from the owners said: “The council allowed Equinox International to operate the machinery, initially unlimited, from 1999, but after a lawsuit sought by the council, the company agreed to reduce its use to 10 hours a day, five days a week before finally leaving the site in 2016 to avoid legal action by the airfield. Equinox admitted to causing structural damage in the area due to transmission of the vibrations through the chalk.

“Five years later, the legacy of this heavy duty activity on the neighbouring Belfast Truss hangar is very evident. Damage to the wooden hangar built in 1917 is extensive and will require significant investment to put right. It was always understood by the council that the complete restoration of the hangar could only be funded as part of its (the airfield’s) 2015 planning application, which included 460 and new custom made building for the Royal Aeronautical Society to house its complete aviation collection (moving from Farnborough airfield). This application was refused by Wiltshire Council.”

According to the airfield owners, they commissioned a review of the hangar in 2016 by restoration experts James Carroll Ltd, who refurbished other identical Belfast Truss hangars at two separate sites in the UK. They estimated it would cost about £3 million to return the building to its original 1917 condition. The costs have increased but the airfield has lost millions of pounds in revenue by being unable to use the hangar due to dilapidation of the ancient wooden structure caused by the vibrations.

An airfield  spokesperson said: “We have always maintained that heavy machinery causing well-documented ground-borne vibration, operating next to our vulnerable hangar for many years, has had a hugely detrimental effect on the state of our historic building and we were surprised Wiltshire Council allowed this to continue for so long, despite the advice from their own experts.

“With our development proposals denied by the Council, to restore Hangar 3, we seek rightful compensation from the freeholder (Phoenix Life) who are ultimately responsible for the actions of their tenants (Equinox International. Our aim has always been to return Hangar 3 to its former glory so it can once again be used to store aircraft as designed in 1917 and we are committed to prioritising the funds we recoup for this purpose.

“Old Sarum Airfield is of great historical significance and we are trying to do everything in our power to protect and enhance it for future generations. Wiltshire Council claim to be strong supporters of heritage assets, which is why we are amazed and saddened that the Council hid the 2011 report from us and has recently allowed a large scale scrap metal recycling operation in a heritage site in a conservation area.”