This year marks a significant anniversary for the campaign against nuclear weapons and 75 years since the world’s first atomic bomb was dropped on the Japanese city of Hiroshima.

Salisbury CND commemorates the event by a traditional Candle Float on the River Avon, witnessed by a couple of hundred people. Due to the pandemic, the group is presenting a film of a smaller event held under social-distancing on the River Avon, out of public view. It is now available to view. 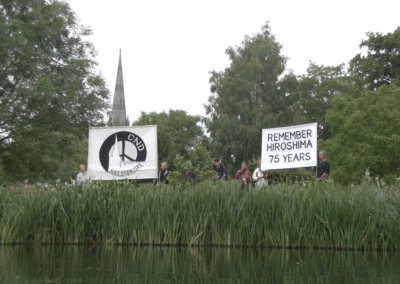 They hope it will emphasise that nuclear weapons still represent a threat to local citizens and the rest of the world.

A letter from the current Mayor of Hiroshima, read on the film, is a reminder of the survivors of his city, the hibakusha, and the mental scars on his people to this day, and victims of the second nuclear bomb on the city of Nagasaki, just three days later. This stronger bomb caused 40,000 casualties, rising eventually to 140,000. 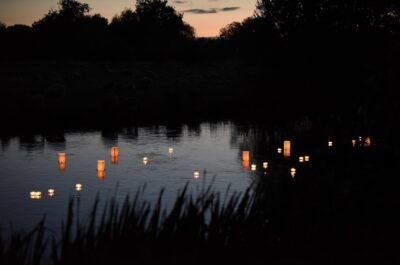