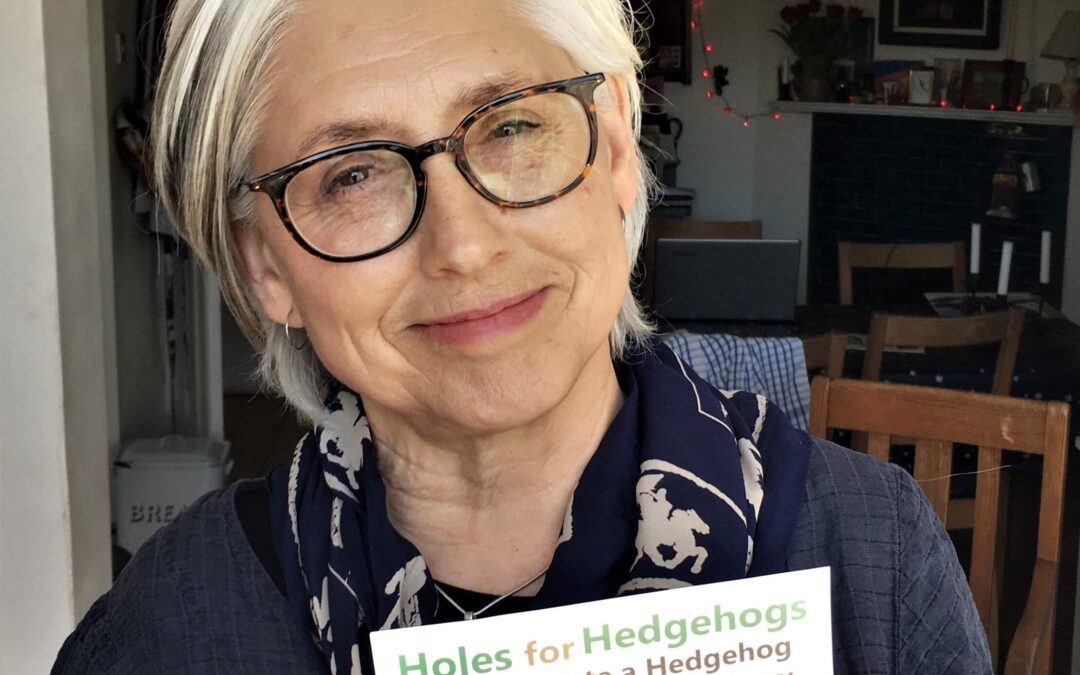 Holes for Hedgehogs is the latest initiative from Salisbury Transition City and is hopefully set to energise local communities as far away as Wilton, even creating a ‘Hedgehog Superhighway’.

Organisers Peter and Ann Horwood said: “During the past 10 years, hedgehog populations have plummeted by 40% and urgent action is needed to reverse the decline. Allowing hedgehogs to move easily from garden to garden would lessen their need to cross dangerous roads helping more hedgehogs to survive. Modest size holes of 13cm diameter are enough to allow the prickly friends safe passage. Some people have been creative and have crafted little wooden door frames and ramps for the hedgehogs. 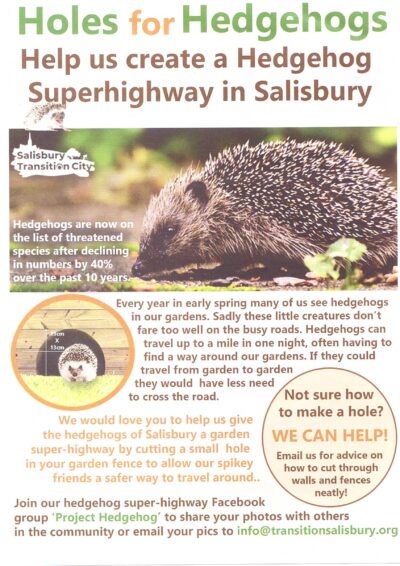 “Some friends in Bristol told me about how they had created holes for hedgehogs in the fences in their road, and I thought ‘what a brilliant idea for Salisbury’. I suggested it to Salisbury Transition City who were enthusiastic and a team of volunteers is posting leaflets through doors. I had initially envisaged it as a local scheme just around my area, but STC had bigger and better ideas, and we are hoping it will be taken up all over Salisbury.” 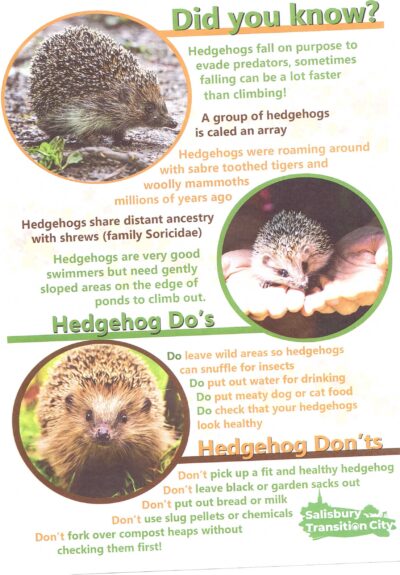