The replica will serve as a lasting tribute to the hundreds of young girls, women, boys, elderly men and engineers of Salisbury who contributed to the production of more than 2,000 Spitfires.

The Air Marshal said it was clear that, without the selfless efforts of the men and women in Salisbury, people would not enjoy the freedoms they do today.

The previously untold story of Salisbury’s Spitfires was brought to wide attention by the film The Secret Spitfires, released in 2016. Directed and produced by Ethem Cetintas and Karl Howman, it sparked the imagination of the public, none more so than that of Chris Whalley. 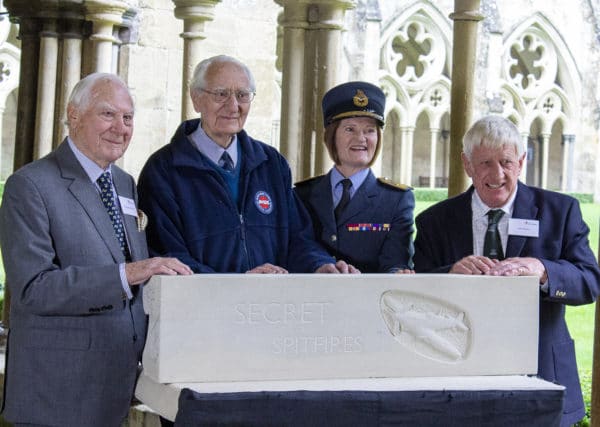 Chris, the retired president of the rugby club, whose car park was formerly used as a Spitfire factory, devised the idea for the memorial and is spearheading the project.

Chris said: “After months of planning, we are delighted to have received approval for the memorial, which will commemorate the vital contribution Salisbury made to winning WWII. It will be an impactful addition to the City’s landscape and celebrate our Spitfire heritage for many, many, years to come.”

Norman Parker, one of the last surviving Spitfire engineers and historian of The Secret Spitfires film, said the reason it was kept a secret was simply that there was ‘no need’ to talk about it.

“We just got up, went to work, went to bed and started again the following day, seven days a week. It was a bit of a pain, but you got used to it. I could build a Spitfire today, no problem, from memory,” he said.

Speaking at the launch, Ethem said it has now become a duty to carry the story of those who built the aircraft.

“The project has now gone way beyond what it was supposed to be – a little documentary. We realised the size and importance of the story and how important it is for a country, and what people had to do during the war that they never spoke about.” 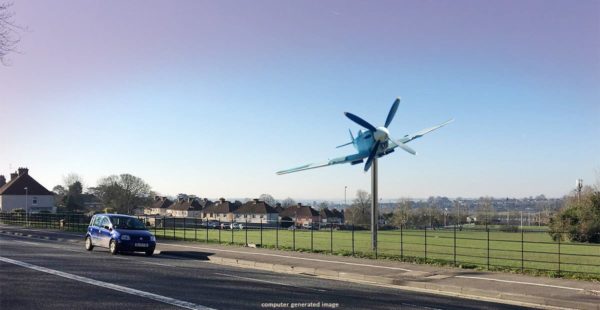 The intention is that enough money is raised in time to enable the memorial to be built and installed in time for the 80th anniversary of the Battle of Britain in Summer 2020.