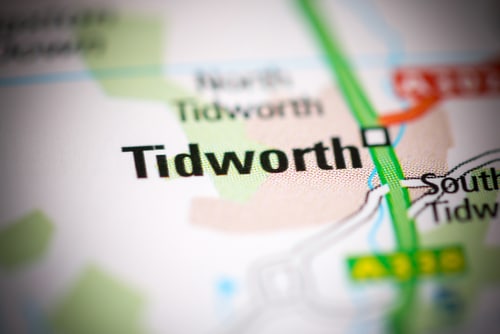 Wiltshire Police have arrested a man in his 20s after receiving reports of several incidents in Tidworth including sexual assault on a woman.

A terrified shop worker was thrown into a freezer where the temperature was minus 22deg. C and attacked by a sex fiend.

After closing the door he allegedly ended up ‘on top of her’.

But the desperate woman managed to scream for help – and the shop manager hit the panic button.

Police then dashed to the scene in Tidworth, and the shop manager opened the freezer door at the back of the premises.

The fiend jumped up, ‘used a bit of karate’ and fled from the shop leaving the shop worker ‘in a heap in the freezer.’

He was arrested nearby 15 minutes later by police using dogs.

Yesterday, Monday, March 16, the shop owner said the intruder had somehow climbed over a fence into the compound where the freezer was sited.

He added: “It was the most appalling assault on a member of staff, the worst incident for our business in 60 years.

“Officers quickly attended the scene and arrested a man in his 20s on suspicion of three counts of common assault and sexual assault by touching.

“The man was released on conditional bail and enquiries are continuing.”