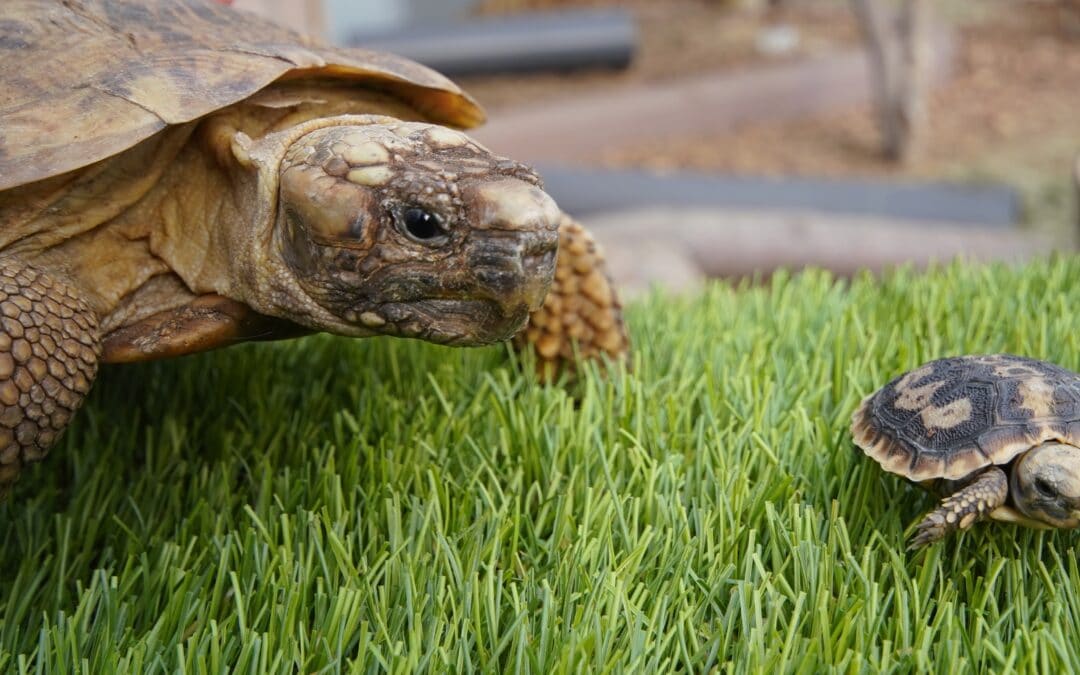 Pancake Day was celebrated with a difference by keepers at Longleat marking the success of their pancake tortoise breeding programme.

No fewer than five Critically Endangered baby pancake tortoises were born at the Wiltshire safari park in the last year.

The eldest of the quintet, Syrup, celebrated his first birthday on Shrove Tuesday, joined by siblings Banana, Peanut, Piccolo and Prairie for the big day alongside proud parents Poppadom and Jua.

Native to Kenya and Tanzania, the pancake tortoise is renowned for its speed, agility and climbing skills.

As they cannot use their shells for protection from would-be predators, they have to rely on being flat, fast and flexible to evade capture.

The greatest threats facing the pancake tortoise are habitat destruction and the illegal pet trade. Due to their slow reproductive rates, wild populations take a long time to recover if their numbers fall.

In the wild, they can live for up to 25 years but the maximum recorded age in captivity is 35 years.

A critically endangered (CR) species is one that has been categorised by the International Union for Conservation of Nature (IUCN) as facing an extremely high risk of extinction in the wild.

Longleat is a member of the British and Irish Association of zoos and Aquariums (BIAZA). which represents its member collections and promotes the values of good zoos and aquariums.