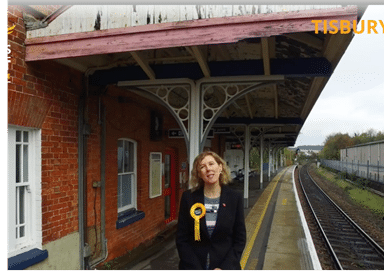 The Liberal Democrats want the annual increase in rail fares from next January to be cancelled to save typical commuters in Wiltshire between £33 and £165 next year, according to the party’s analysis.

The proposed 1.6% rise in fares is based on the rise in the Retail Price Index for the 12 months to July 2020.

The rise was higher than expected, reflecting factors such as the lack of summer sales as retailers struggled to recover from the COVID-19 pandemic.

Any increase in ticket prices will be a “slap in the face” for consumers when the Government should be trying to get people back onto sustainable forms of transport and investing to improve vital services, the Liberal Democrats argue.

Ellen Nicholson, Parliamentary spokesperson for South West Wiltshire, said: “We are calling on the Government to keep costs down for commuters and to bring in new types of season ticket to suit more flexible working patterns. For example, season ticket holders travelling from Tisbury to Salisbury will pay an extra £18.30. 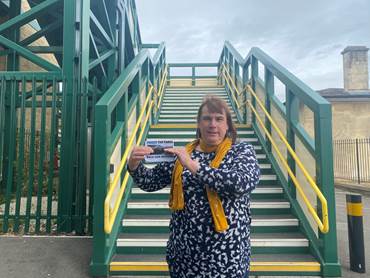 “Any plans to go ahead with a fare increase this year will be a slap in the face for consumers, especially those travelling to Southampton who put up with months of rail replacement buses before Lockdown, never mind fare increases.

“Rather than putting off commuters with another price hike, the Government must help the industry recover from the COVID-19 crisis. Season-ticketholders travelling from Salisbury will pay an extra £91.97 next year to travel to London, an extra £68.29 to go to Bath and an extra £74.75 to Bristol Temple Meads.

“It is vital we encourage people to use our public transport network to tackle the climate emergency. We are not going to do that by charging them more for an inadequate service.”

The savings for the Salisbury route are based on an annual season ticket from Tisbury to Salisbury, and from Salisbury to Bath Spa, Bristol Temple Meads and London Waterloo.

Liberal Democrats are calling for a freeze on “regulated fares” – the ticket prices regulated by the government covering most commuter fares and season tickets. Roughly 34% of fares are ‘regulated fares.’

In September, 2018, the government commissioned a ‘root and branch’ review of the railways led by former CEO of British Airways Keith Williams – the Conservatives have still not published his findings.

Industry body the Rail Delivery Group (RDG) want a wholesale reform of the ticketing system, making it more flexible and easier to understand – particularly to suit the increase in flexible working during lockdown.