Exclusive: James may become a publican 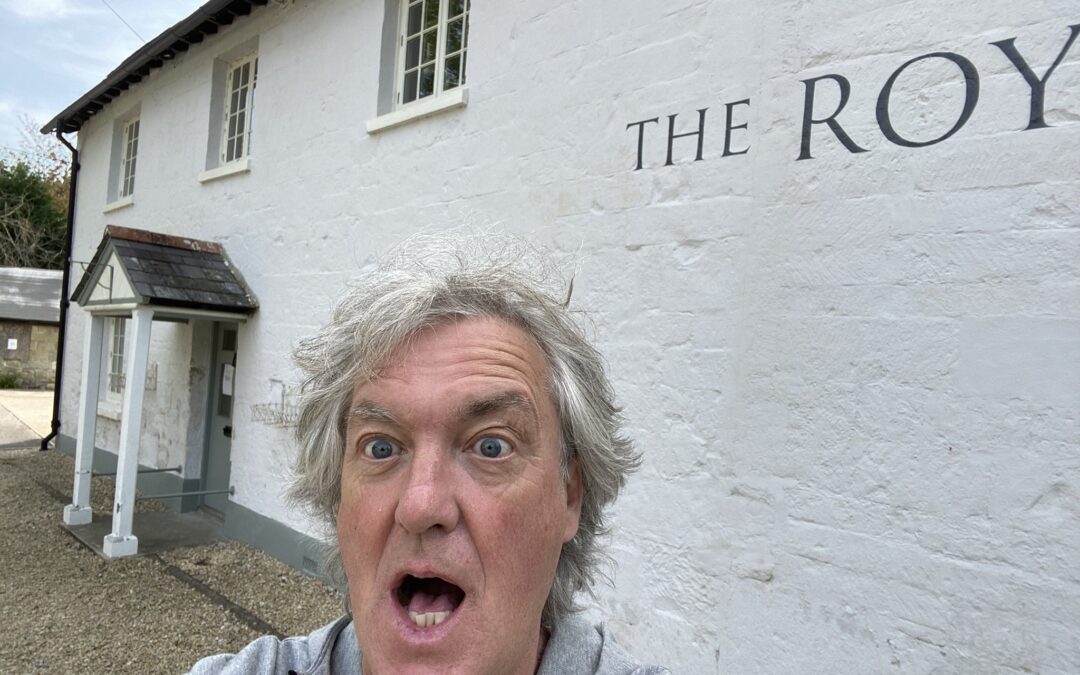 James May talks to New Valley News about his pub venture.

The Royal Oak, Swallowcliffe, has a new investor in former Top Gear presenter James May who has bought ‘half the pub’.

He wants to save his local as the Royal Oak has a turbulent history. In 2012, local residents fought off planning permission to turn the pub into a house. In 2015, it was bought by local investors and reopened.

New Valley News caught up with James to hear about his plans for the village icon.

Why he has chosen to invest in The Royal Oak? He replied: “I don’t know, that’s an extremely good question.”

“It seems like a really bad idea on the face of it. The real reason is that it is the only pub in walking distance from our house in Ansty, and if that closed down – which it was about to do – I wouldn’t have a pub close by, and country life would be pointless. So, I felt like I had to do it.”

He hopes locals will support his purchase as he believes they, too, like to go out for a pint and some fish and chips.

“I hope they are pleased; I hope they don’t think I am some sort of evil Dragon’s Den person spotting an opportunity. It is not that at all. I want there to be a pub, I like it a lot as a pub, and if it wasn’t there, my life would be diminished, and I think others feel the same.” 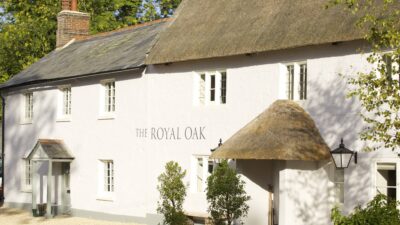 I wondered whether James would want to be involved with the new venture. He told me he won’t be involved in the management, but when he is home, he’ll be using his teenage waitering experience to pull some pints and dish up some pub grub.

“I am not going to be a full-time employee because I am not here often enough, but I will be in there occasionally, and I will definitely have some views of what we should put on the menu and how the pub should be decorated, but I expect them to be largely ignored,” James joked. 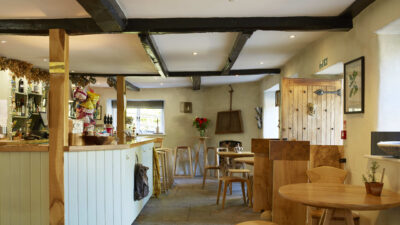 This isn’t James’s first endeavour into the culinary industry as he is about to publish a cookbook.

“I am very keen that Jonny the chef should try to put a few of my recipes on the menu. I don’t know how he feels about this because obviously chefs are very artistic and temperamental and prone to massive tantrums. He may say ’this is absolute rubbish; I am not serving this filth’. He might also be able to improve on them slightly.”

James hopes to reopen the pub in four or five weeks’ time, and is pretty sure he will be behind the bar on the open day to celebrate. In the short term, he won’t be making any drastic changes. Instead, he wants to restock the pub, get staff back, and serve beer, wine and food.

“We will need to implement Covid restrictions but we won’t worry about anything beyond a lick of paint. I just want to be able to go to the pub,” James added.

Owning a pub hasn’t always been James’s dream, but he thinks there is something about older blokes who believe they can own a pub and do a great job.

“Most people make a complete balls-up of it, but since I had the opportunity, and since it is a little bit of a fantasy thing, I thought I would do it. I haven’t always dreamed of it but there’s a part of me that thought ‘that would be nice’, it’s a nice thing to have half a pub.” 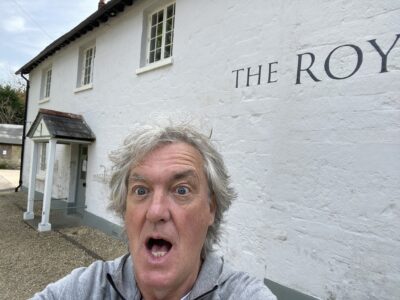 Twitter rumours claim that fellow Top Gear presenter Jeremy Clarkson had bought the other half of the pub, but James dismissed the gossip.

“Jeremy Clarkson has not bought the other half and I am glad he hasn’t. We talked about this on the TV. If a pub was owned by me and Jeremy, I think it would be a guaranteed zero profit enterprise. Between us, we would be very particular about who could come in the pub and it would be no-one,” he laughed.

James’s passion for South Wiltshire and village pubs is what stands out during our chat. He doesn’t have big plans to change the pub but simply wants to enjoy a beer at his local, like many other residents.

“My hope is that it can survive, but we are not looking to turn it into a gastropub with £25 gin and tonics like Jamie Oliver might do: as much as I like Jamie Oliver, that is not the idea. We aren’t trying to make it into a destination experience, we want it to be a nice pub for locals and walkers.”

“People say it is a foolish time to buy a pub but it’s also the right time. The world needs pubs, I like pubs, and it shouldn’t be allowed to go. It’s not about tradition, or nostalgia, or preserving historic Britain: it’s about an institution that we need, the local pub, especially in villages,” James stressed.

Check out The Royal Oak on Facebook here: https://www.facebook.com/theroyaloakswallowcliffe/