Could you be the World Watercress Eating Champion? 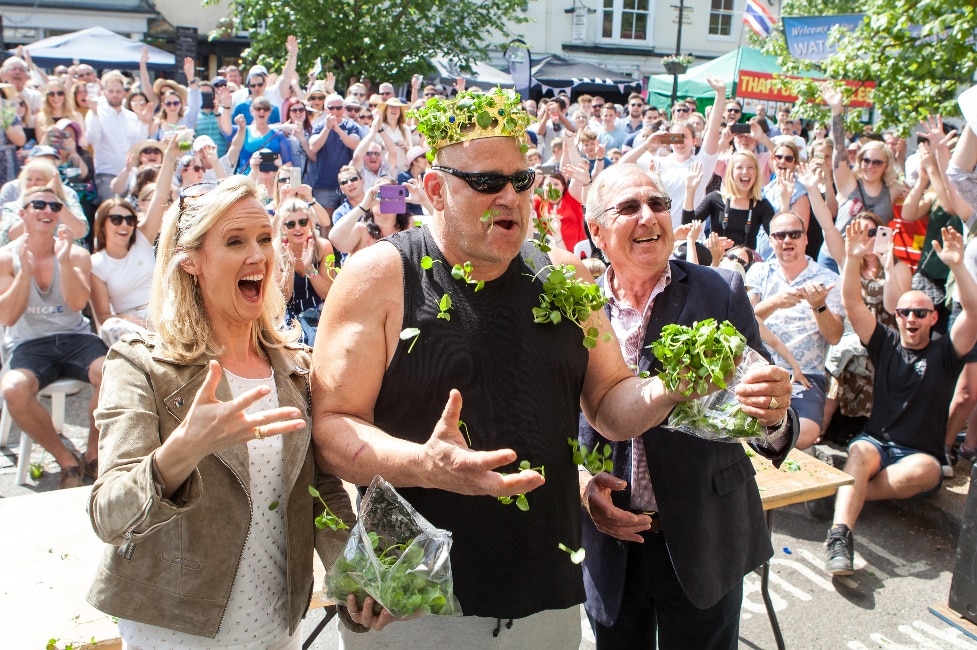 Watercress Eating Champion won’t let postponement to September of Alresford Watercress Festival  stand in the way of defending his title. He and The Watercress Company, with farms in Dorset and Hampshire, will take the contest online.

Usually performing in front of an 18,000-strong crowd at the annual festival to celebrate the start of the UK watercress season, this year Glenn stood alone in a watercress bed, spurred on – at a distance – by the regular championship commentator, Paul Reece.

Glenn, a fencer from Alresford in Hampshire, has reigned supreme for the past nine years and is determined not to let his crown slip so he has laid down the gauntlet and challenged the nation.  Last year, his time to eat 85g of watercress was just 42 seconds – but he’s been faster: in 2017 he took a mere 37.6 seconds! 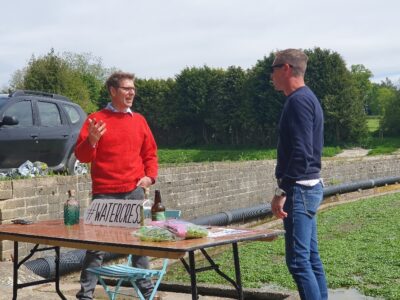 Encouraged by The Watercress Company’s Managing Director, Tom Amery, Glenn ate the 85g of watercress assisted by a bottle of Watercress Warrior from Cerne Abbas Brewery, before his efforts were posted on https://www.facebook.com/LoveWatercress/  where anyone can do the same and be a contender for the World Watercress Eating Champion crown.

Tom Amery explains: “The World Watercress Eating Championships are usually the grand finale for the Alresford Watercress Festival with people lining up to take part.  It’s something that all the festival goers look forward to and so after the Festival was postponed, we came up with this way to at least salvage this popular element.  It’s tough – I know, I’ve tried it. I’ve been up against Glenn and lost! 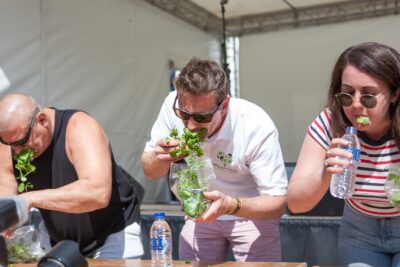 But we thought it could be a bit of fun for everyone, even if they just competed against those they’re in lockdown with.   All you need to do to enter is get an 85g bag of watercress when you’re doing your shop – Tesco is good and just 97p from 12 May – and video yourself eating the watercress. Simply upload your video to the Love Watercress Instagram or the FB event and nominate 5 of your pals to take part. Use the hashtag #kingofthegreens.”

Prizes include the King of the Greens 2020 T-shirt, plus a hamper of goodies worth  £150, donated by Brace of Butchers in Dorset,  judged the UK’s Best Butchers at this year’s Farm Shop & Deli Awards.  The funniest video will win a hamper of £50 – top tips: think about location, style and dress – the more outrageous the better!

Finally, The Watercress Company will give  25 goodie bags to runners-up judged to have made the greatest effort.

Entries will be accepted until Monday 25 May when winners will be announced. 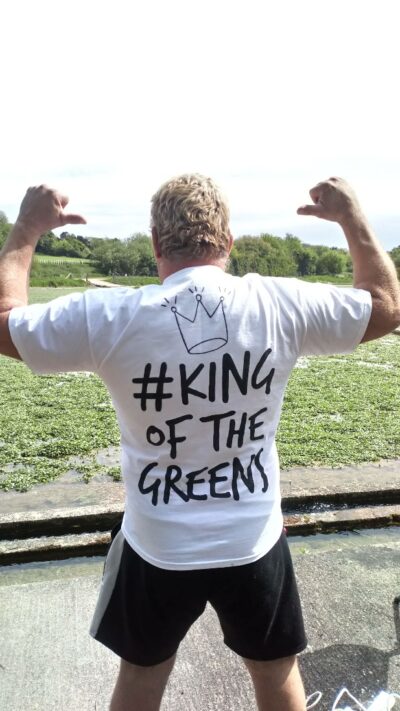