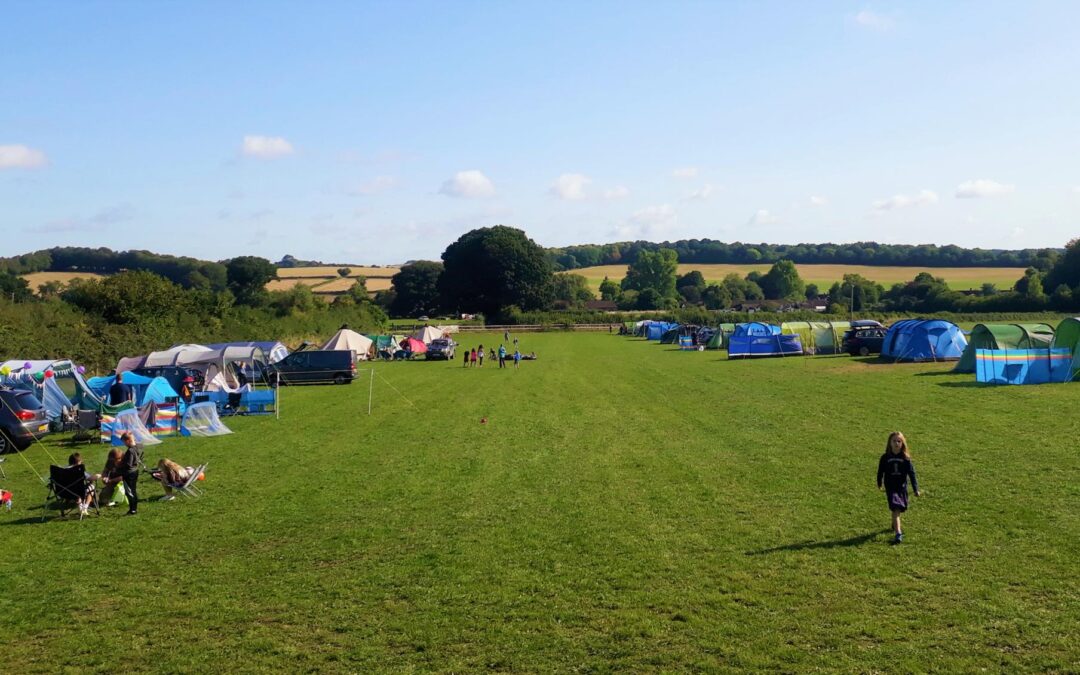 A campsite set up on the outskirts of a village on the edge of the New Forest has left residents in a quandary.

Opinions are torn in half, some happy with it, some doing everything they can to stop it.

Damerham is an idyllic village with a vibrant community. Before the pandemic, the community enjoyed fairs, duck races, cricket matches, and the village hall was a hub of activities. But the community is now divided by the arrival of Jubilee Campsite.

88% of the residents are up in arms, the owners do not have planning permission, and with the campers comes noise, litter and extra traffic on the village’s narrow lanes. Others are happy to see outsiders sharing their beautiful countryside.

Jubilee Campsite was set up by farmers Alison and Dave Burrough, who love the land they work on, but times are hard.

“All farmers are struggling at the moment, and as a family, we cannot make ends meet. The government is actively encouraging us all to diversify, opening this campsite is part of our diversification,” they told New Valley News.

“We have requested planning permission but under the Farmer Diversification licence, we can rent out land for camping.”

Realising people were desperate to escape their homes during lockdown, the government extended the time from 28 to 56 days. Alison and Dave took advantage of the new rule.

If they get planning permission, Damerham could have the campsite on its doorstep in 2021 for 75 days of the year.

“This is not farm diversification,” said resident Peter Brooks. “It’s a total change of business from farming to camping, with no mention of the music and fire festivals, wedding venue, and party areas.”

Living very close to the campsite Will Ferguson and his family are wholeheartedly against it. “Mr Burrough hasn’t made any effort at all to communicate with the village about his campsite, bulldozing ahead with no thought for anyone else, it appears. The noise rolled straight into the village. We moved here because of the sublime peace and converted our house with the exact protocol set out by New Forest District Council: the farmer has done the total opposite.” Some residents are so anxious by the campsite they are considering moving.

Will, like others, has “grave concerns of congested roads, a disturbance to local nature and the run-off of effluent to the local River Avon from the enormous shower and loo block.” Natural England, a non-departmental government body, backs up the concerns, stating that “as submitted, the application could have potential significant effects on the River Avon Special Area of Conservation”.

The campsite is a short walk to The Compasses Inn. The tranquillity of the village is broken by groups walking to and from the pub, with litter strewn in hedges and on the streets. When asked to comment on this, Dave and Alison said each camper is given a sheet on arrival asking them to respect the area they are in and referred to comments on the NFDC support the extra business for the pub and Fordingbridge. Locals argue that the pub has survived many years without a campsite bringing in extra business.

Of major concern is that the campsite is set in the Cranborne Chase Area of Outstanding Natural Beauty (AONB). The area was designated as the 14th International Dark Sky Reserve in the world in 2019: “The dark skies are lit up from afar ruining the dark nights” New Valley News was told.
Can a compromise be found?