Activists to protest about animal experiments in secretive laboratory 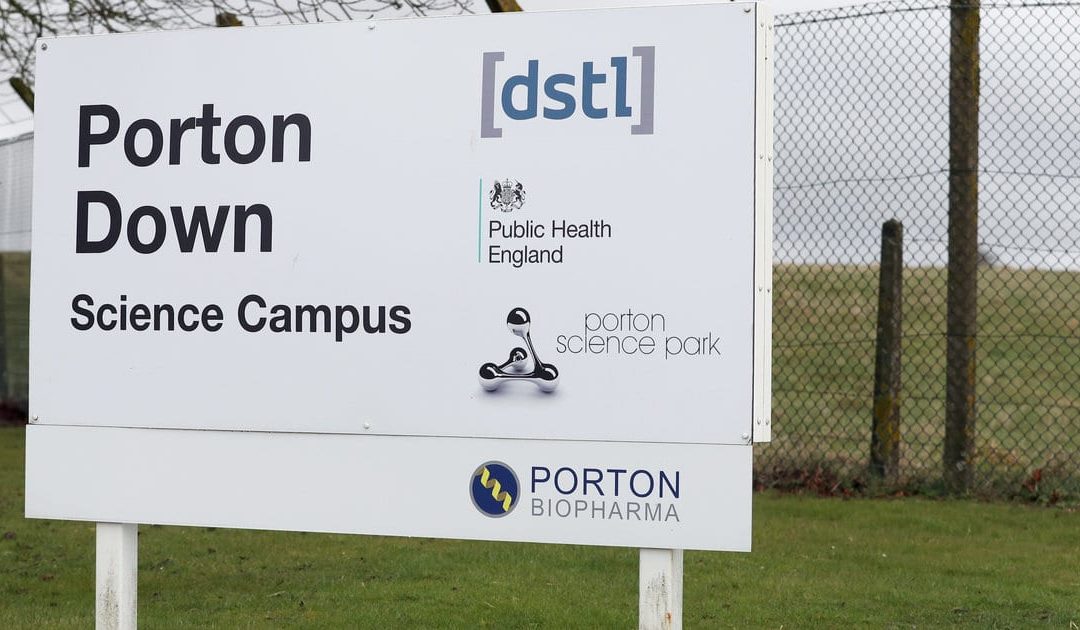 An end to animal experiments at the warfare laboratory, Porton Down (‘Defence Science and Technology Laboratory (DSTL) is the focus of a protest on Saturday, October 3.

Campaigners plan to gather in the town city centre at 2pm for a peaceful and silent stunt involving ‘gas masks’, placards, banners and ‘wounds’ on their arms. They will then travel en masse to a ‘vigil’ outside the animal laboratory site about seven miles out of town with ‘tomb stones’ in memory of the animals killed there.

The campaigners are releasing information on new research inside the secretive warfare laboratory.

Earlier this year, guinea pigs were exposed to the allegedly extremely toxic chemical nerve agent, soman, causing animals neuromuscular damage. They also allege mice were exposed to four separate nerve agents – sarin, soman, tabun and cyclosarin, and last year, rabbits were subjected to blast waves, causing lung injuries and severe haemorrhaging. Rats were also restrained and injected with ricin – a highly potent and fatal toxin. They underwent surgery to have a ‘vascular access button’ inserted on their necks and were deemed by researchers to be suffering from ‘severe intoxication’. The animals were then killed.

During the past two years, mice have been subjected to multiple experiments – one resulting in so much suffering the animals could not reach food and water.

They were exposed to a lethal dose of plague causing pathogens and had to be killed early because of the severity of their symptoms, they claim.

They also claim Porton Down has been exposed by Animal Justice Project in national newspapers since at least 2015 for its animal experimentation.

It has been reported that nearly 50,000 animals were killed over seven years (between 2010 and 2017) at Porton Down by being shot, blown up, gassed or poisoned. In 2019, it was reported that Porton Down and Public Health England, both based in Wiltshire, received thousands of dollars for projects from 2017 to 2024 on infectious diseases using animals.

The lab has recently carried out numerous experiments on animals in the search for a coronavirus cure. In March, the laboratory carried out experiments on 24 ferrets for Covid-19. Researchers concluded that the study had ‘limitations and may not represent the severe spectrum of COVID-19 disease’.

“We are gathering this weekend in Salisbury and outside of the Porton Down laboratory itself to send a loud and clear message to the Ministry of Defence that it must end the cruel and futile experiments being carried out on animals inside this secretive laboratory, and instead fund humane and modern non-animal-based research. Our research has shown, over the years, that similar experiments are being carried out on rabbits, guinea pigs and other animals, over and over. To keep exposing live animals deliberately to viruses, simulated blast injuries, and biological pathogens is unjust and we urge the people of Salisbury to stand with us also this weekend so that, together, we can create a more compassionate world for all.’