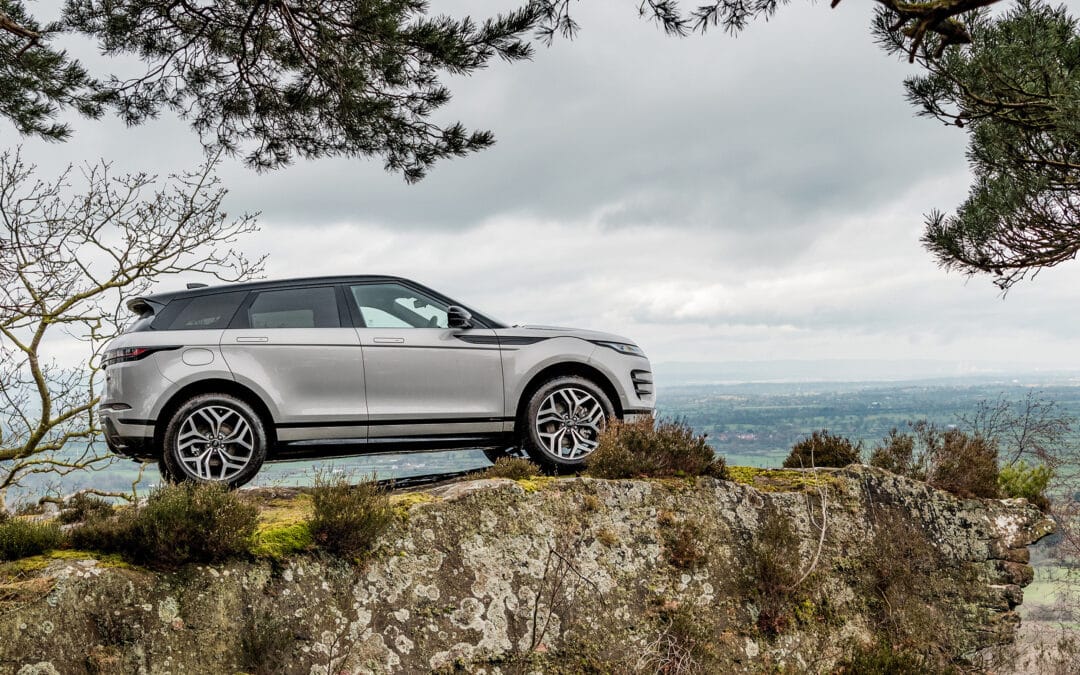 Two momentous events in 1970: – one had a worldwide impact, the other was more localised.

The first brought us half a century of Range Rover, the second our first date. If you think that 50 years together is not too bad, bear in mind that we have known each other since we were born in the same street six months and six doors apart.

Seems like we were slow starters to have been 18 before one plucked up the courage to ask the other out, and the other agreed because she was bored! We married 47 years ago; our first road test was on a joint holiday 49 years ago.

Range Rovers and Land Rovers have played a significant role in our motoring lives too, so it seems only appropriate that we should mark the launch of the Range Rover 50 years ago. We have owned two of what are now known as Classics and can achieve prices beyond £100,000 (why did we sell ours?) and are on our fourth Land Rover, the current one a Freelander 2.

That Freelander has a significant role in the history of Range Rover because it underpinned the Evoque, the best-selling model in the Range Rover line-up across the world. Freelander (now Discovery Sport) and Evoque are also the closest in footprint to the original Range Rover which was of more modest proportions than what passes for a full-fat Range Rover today.

In many ways that’s because expectations of what a Range Rover was supposed to be developed very quickly from a starting point of blissful ignorance. The car’s real purpose was initially not even clear to its inventors. They fitted it with box pleated plastic seats and rubber floormats.

You could drive it round fields all day, hose it out, and then drive to a ball at a swanky hotel while keeping your clothes clean. Try doing that today!

While the world quickly caught on, lack of cash meant the Range Rover’s maker was rather slower. A four door version was developed early but there wasn’t the money to get it to the market for a decade.

It arrived with Morris Marina door handles (also used by Lotus and many others, to be fair) and a propensity to fall apart. It’s challenging to restore the early cars to original spec because so much is unavailable with regard to trim. 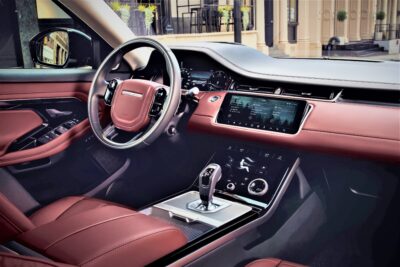 Modern Range Rovers are rather better and the latest Evoque, although a compact package by today’s standards, is as capable as any other Land Rover within reason. You probably won’t want to chuck it at anything severe in mountainous country, although you could, but conditions in the UK won’t phase it if it wears the correct tyres.

It has the terrain response system of the big models when you buy a 4×4 version; the front and rear overhangs are modest to aid approach and departure angles and it’s far from just a fancy toy, although that description is the one applied to most that are sold.

The latest cars have the touch screen fascia that graces the bigger models and that, perhaps, will be the biggest drawback in years to come, especially as one of the screens has two inset rotary dials, so replacing it might be a headache. Hopefully that’s not a problem for first owners to worry about.

Under the bonnet of our SE R-Dynamic test car was the latest Ingenium two-litre diesel pumping out 240bhp and a huge 500 Nm of torque – that’s virtually twice the bhp of an original Range Rover.

It’s hardly surprising that, as a result, the car can achieve 0-62 mph in 7.7 seconds and a top speed of 140 mph. But with a fuel consumption that averaged 36 mpg in normal driving, burying your right foot in the carpet too often would be expensive at the pumps. Mind you, the original only managed 12 mpg on petrol, so the Evoque only has a fraction of the thirst.

Interior space on the Evoque is tight, accentuated by that low roofline coupled with a high waist. The front seats are squeezed against the centre console, so plugging the seatbelt in is hard.

Many owners will forgive that shortcoming, though, and enjoy the combination of luxury and ability – a bit like wearing high fashion clothes coupled with muddy boots!