Desert survivors are easy to grow 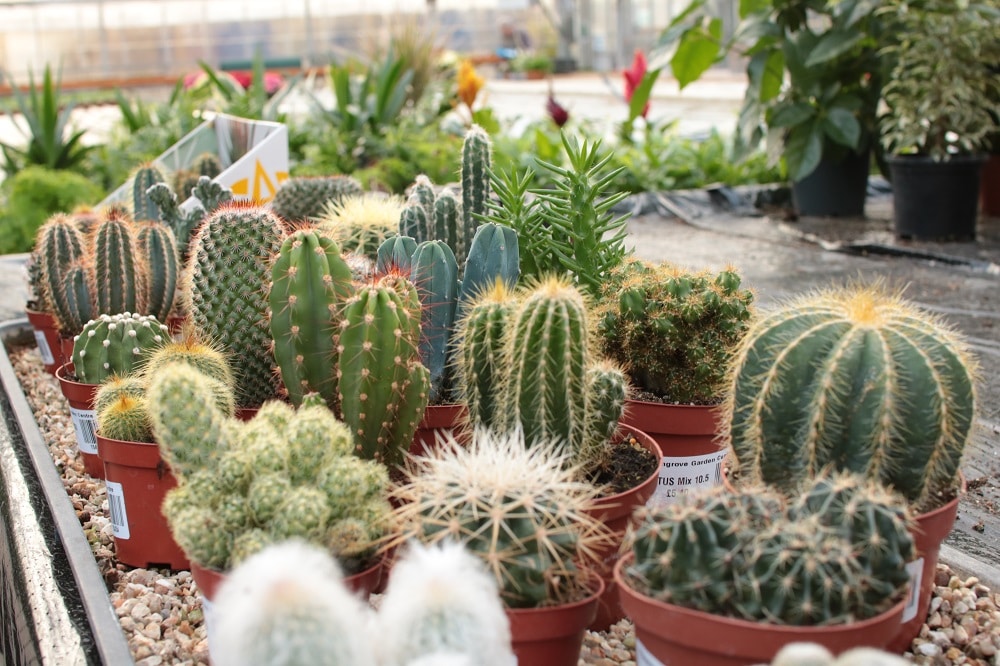 Gardening can become an absorbing hobby.

Two fascinating groups of plants which are great for collectors but require completely different growing conditions.

Cacti and succulents are desert dwellers and can withstand any amount of drought and sunlight, whereas carnivorous plants mainly inhabit peat bogs and like to have their roots in permanently wet soil. Both groups are great examples of how evolution has adapted them into a wide range of intriguing forms perfect for the extreme environments they come from. 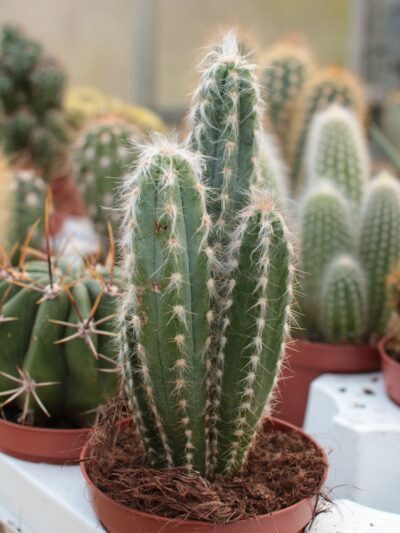 Cacti and succulents are designed primarily to hang onto what little water they can find in their desert homes. Succulents have thick fleshy leaves, often tinted grey or covered with fine hairs to protect from the fierce sun and retain humidity.

Cacti have gone one step further and dispensed with leaves altogether, photosynthesis is carried out by their thick, swollen stems. They’re also well- known for their vicious thorns which protect them from browsing animals. The most notorious of these are the Ferocactus, which have huge fish- hook shaped thorns: one particularly unfriendly type is known as the ‘Horse Crippler’! Another defensive strategy some cacti use is to cover themselves in fine white hair, Mammilaria do this, giving them the name of ‘Old Man Cactus’.

Cacti and succulents are very easy to grow. Water them through Spring and Summer, but make sure they dry out between watering, and don’t water at all through the winter months. They are best grown in a ready-made cactus compost, but will also do well in a good potting compost such as John Innes 2 with some additional sharp sand added. 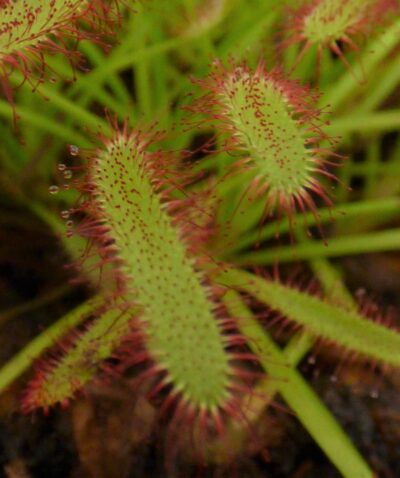 If happy, they may even reward you with some flowers, some types such as Echinopsis and Echinocereus can produce huge flowers bigger than the plant itself.
At the other extreme, we have the carnivorous plants. Their boggy acidic homes are so poor in nutrients they can only survive by catching insects, and they have developed a wide range of strategies to do this. Sundews are covered in droplets of glue and any insect which lands on them will be stuck fast and slowly absorbed. Pitcher plants have large urn- shaped structures filled with nectar which attracts insects. The unfortunate fly makes its way inside, hoping for a free meal, but finds itself trapped by downward facing hairs, and unable to climb, it eventually drowns and is digested.

There are two types of pitcher plants, Sarracenias are hardy if you’re lucky enough to have the right conditions for them, and their tropical cousins Nepenthes are reputed to be big enough to devour a monkey! I doubt it, but they can certainly tackle mice. 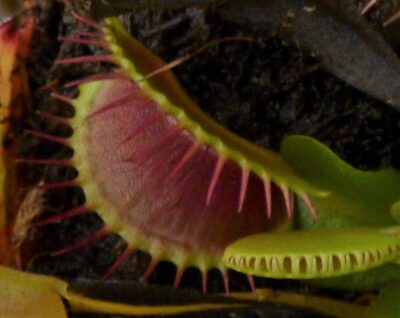 The most famous carnivorous plant of all is the Venus Fly Trap, it’s spring-loaded jaws will snap shut like a bear trap on any unwary insect attracted by their cheerful red colouring.

All carnivorous plants like the same conditions: they need to be permanently wet, and ideally should be watered with rain water. They need on open ericaceous compost, a mix of fine pine bark, sphagnum moss and perlite will suit them quite well.