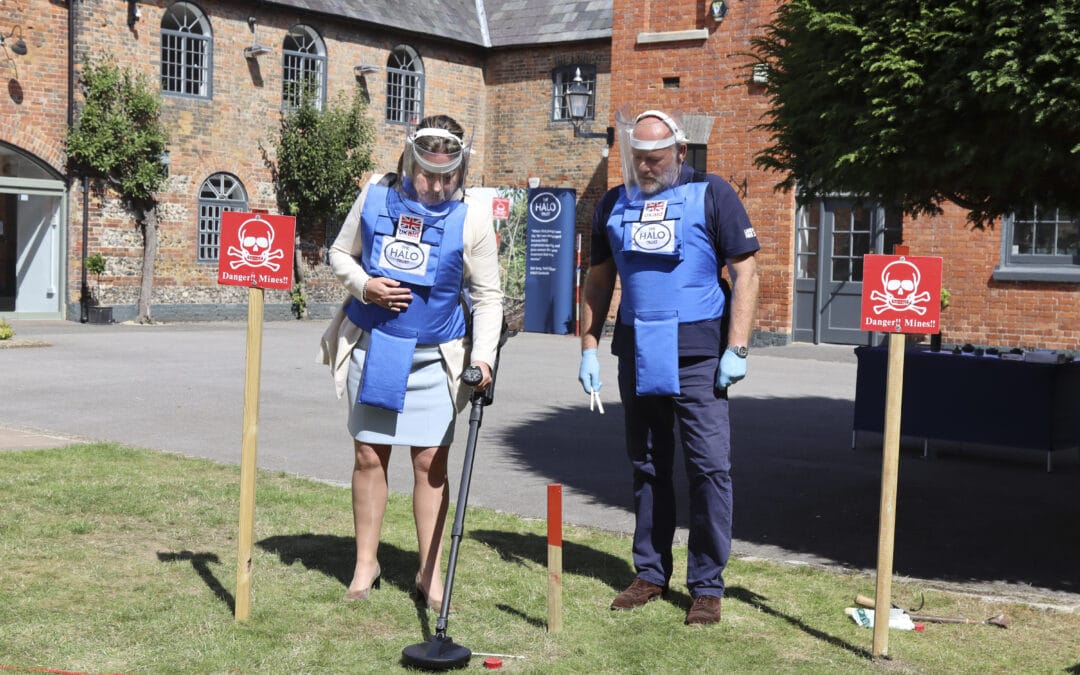 The British-based organisation is the world’s largest humanitarian mine clearance charity, famous for its association with Princess Diana.

At Wilton Shopping Village, the minister was shown a variety of deactivated mines and the impact they can have if left undetected.

After the inspection, she tried her hand at landmine detection, following the procedure the HALO Trust uses to train their professional mine clearers.

Speaking exclusively to New Valley News, the minister said: “This is actually my first official outing as Secretary of State!”

“In a normal world without COVID, my position would involve lots of travelling, but at the moment I have been managing all the challenges of our projects and the extraordinary work that our teams do around the world from London,” she added.

The Secretary of State revealed how she and her team got creative, utilising virtual meetings to carry out her usually international posting.

“We have been doing virtual visits – it is incredibly efficient, but you don’t get the sounds and smells or the textures of a country. You get to meet the ambassadors; the head of office; the people who are running the food and healthcare programs, all in the space of three hours, without leaving my office.

“That has been wonderful to organise and everyone has had to think outside the box to try and find ways to help build those relationships. So, it has been an unusual posting in that sense,” she added. 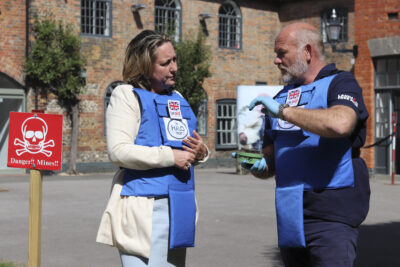 When asked about the location of the new HALO Trust office, in a military area, Minister Trevelyan highlighted the importance of the Wilton base in inspiring future young soldiers.

“It’s fantastic to come and see where they are, and it’s such a privilege to come and officially open the office.

“Being in the heart of Salisbury Plain territory means they will no doubt inspire new generations of young soldiers who want to be part of this sadly, really important demining programme that the UK and others continue to support across the world, enabling those communities to use their land productively, without fear of being blown up by a mine left behind by a war zone,” she said.

The HALO Trust plays a key role in her role as Secretary of State for International Development. In 2018, the department decided to commit £100 million over a three-year period to fund the department’s role in conflict and security. This investment helps communities ravaged by war to return to a peaceful existence.

“It is wonderful to see the British expertise of our military as they are moving into this sector and teaching those around the world how to look after themselves and clear away the detritus of war and be able to live peacefully in their communities again.

“HALO Trust is one of several organisations who help us to be able to deliver those really important tools to communities we want to get back on their feet,” she added.