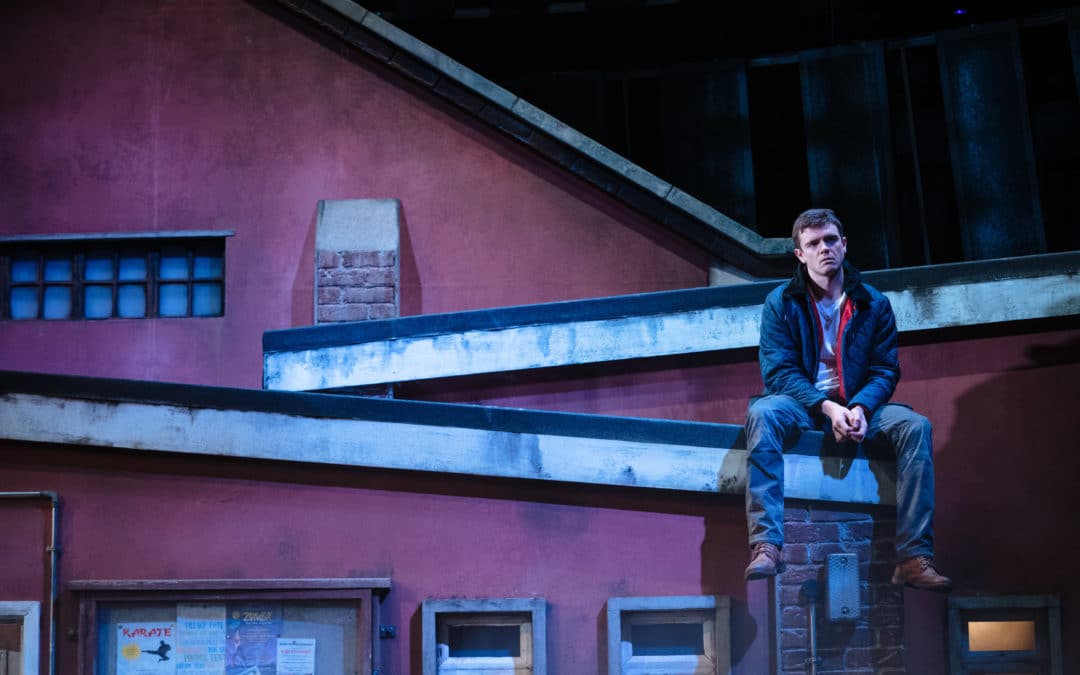 A genuine buzz of anticipation grew at Salisbury Playhouse as the audience gathered to watch Federico García Lorca’s Blood Wedding, retold by ‘local’ author Barney Norris. The original 1930s Spanish setting has been transposed by Norris to the modern-day village of Edington, in the heart of Wiltshire. 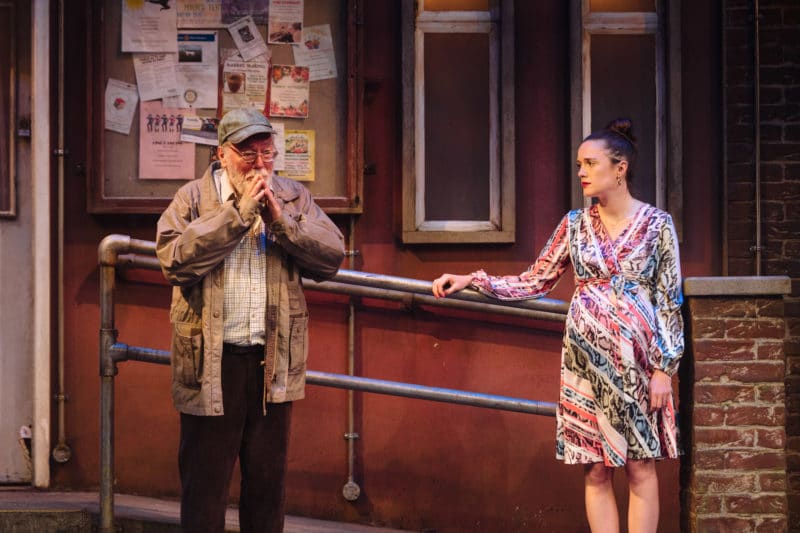 The set, designed by James Perkins, is the run-down village hall, with the grubby backdoor to the hall centre stage. This door becomes the focal point as characters enter and exit as the drama of the evening unfolds.

Georgie (Lily Nichol) and Rob (Reece Evans), who are desperately looking for a wedding venue, arrive at the hall with Rob’s mother, Helen (Teresa Banham), in tow. They are shown around by bumbling, talkative caretaker, Brian (Jeff Rawle, very engaging). Banham is a plausible loving mother wanting the best for her young son and trying to please her future daughter-in-law, while at the same time questioning if the marriage is going ahead too quickly. The timing is excellent between the four characters with Evans, in particular, expertly swinging from being furious with his overindulgent mother, to playing the laddish adoring fiancé.

Then old schoolfriend Danni (Eleanor Henderson) appears from the nearby Traveller site. Henderson is perfect as the young mother, devoted to her husband Lee, but oblivious to his still-burning passion for his school sweetheart, Georgie. Emmet Byrne is a compelling presence as Lee, the young dad and rejected lover of Georgie, who he thinks scorned his Traveller background. Meanwhile Nichol as Georgie, draws us acutely into her emotional dilemmas.

Throughout, Brian as the caretaker is both the lovable clown and the voice of reason, dispensing words of wisdom about love and life. At one point, acting as a guiding spirit, he delivers a sombre soliloquy recounting past stories of Wiltshire, and demonstrates how the extraordinary exists in the ordinary.

Alice Hamilton’s direction brings the everyday story of tangled relationships and unrequited love to life. She lets the change of atmosphere in the second half creep up on the audience in a subtle way, as laughter gives way to tension and a sense of foreboding.

Norris’s reinterpretation of Lorca’s Blood Wedding is a well-crafted play about mothers being powerless to save their sons from themselves, and women having to decide things that society forces on them. He is obviously very proud of the area he was brought up in with much mention of the Wiltshire landscape and its history, especially the abandoned village of Imber. 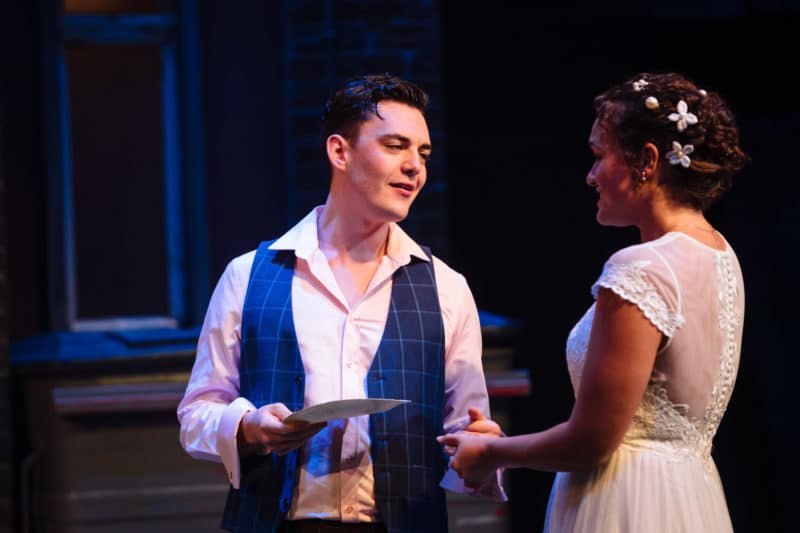 “Blood Wedding gave me the chance to write about less heart-warming things that are also part of Wiltshire,” Barney said. “It allowed me to write about poverty and drugs, prejudice towards Travellers, and the way young men throw their lives away.”

If you haven’t already booked your tickets, I highly recommend you go to this absorbing Wiltshire family tragedy.

Federico Lorca’s Blood Wedding, retold by Salisbury playwright Barney Norris, was commissioned and produced by Wiltshire Creative and Up In Arms. The new adaptation is set in present-day Wiltshire and runs from February 6 to 22. Barney’s previous plays include Echo’s End and The Remains of the Day at Salisbury Playhouse.