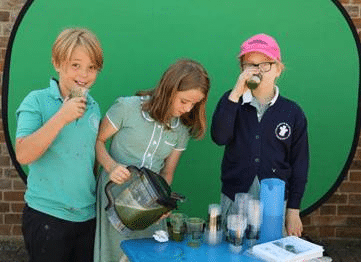 The Watercress Company, with farms in Dorset and Hampshire, has reached the finals of the 2020 Food & Drink Federation Awards for Campaign of the Year.

The winners will be announced at a ceremony in London, on February 4, 2021. The other six finalists are:

The Watercress company say the team is amazed at having got so far against such tough competition, and how have they managed to rub shoulders with so many massive brands. During the past 12 months, the company has promoted the health benefits of watercress to a wide audience. 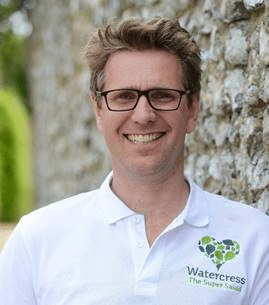 Tom Amery, managing director, said: “Traditionally the watercress consumer has been slightly older, and more familiar with the scientific research published 15 to 20 years ago, which helped to communicate the health advantages of eating watercress, including the possible prevention of some cancers. These messages have not reached the next generation and so efforts to communicate with a younger audience, while not alienating the loyal older customers were needed.”

Direct communication with schools either through visits by local schools to the watercress farms or by The Watercress Company team going into schools to talk about watercress and why it’s so good for you, best of all encouraging youngsters to give it a go, either fresh from the bed or in a tasty, brilliant green smoothie!

Gyms and leisure centres were identified as places where younger people went who already had a desire to be fit and so were prime candidates for eating more watercress. Club members were encouraged to ‘grab it, try it and share it’ by posting on social media what they had done with the watercress, tagging the post with the line #watercress challenge. 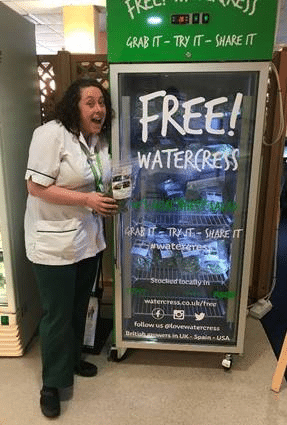