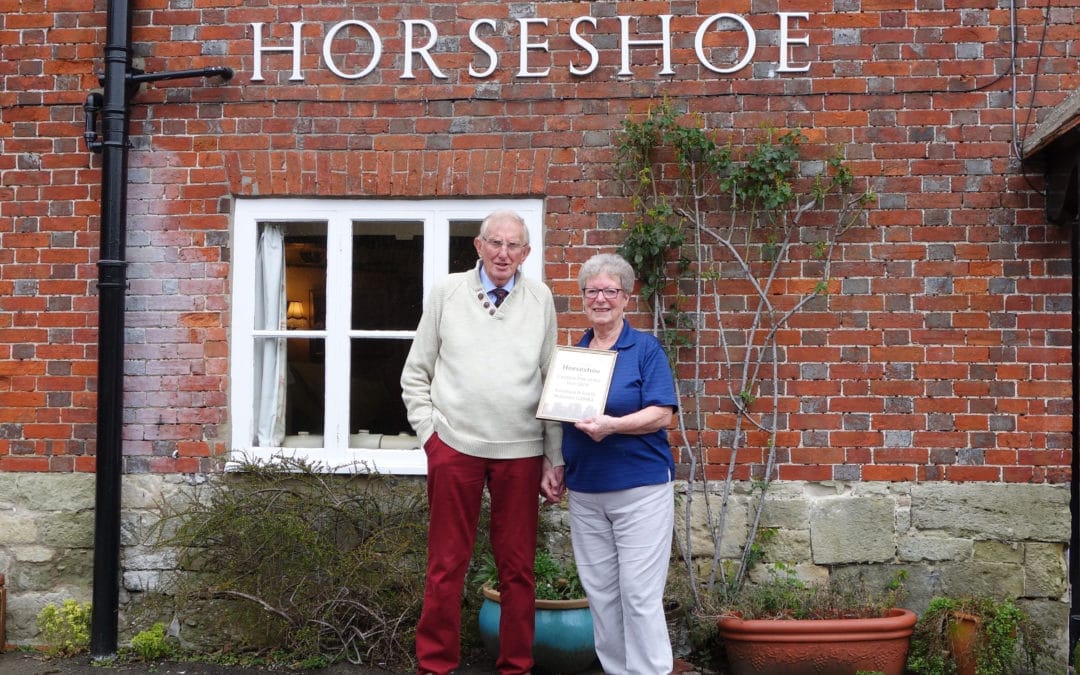 The Horseshoe at Ebbesbourne Wake, a traditional inn run by the same family for almost half a century, is Country Pub of the Year for the second year.

Members of Salisbury & South Wilts branch of the Campaign for Real Ale (CAMRA). Branch Chairman Ian Turner presented landlord and landlady Tony and Pat Bath with their winner’s certificate during a visit to the Chalke Valley pub by CAMRA members.

Tony and Pat Bath have run The Horseshoe for 34 years having taken over from Tony’s parents Tom and Glad. They, in turn,  have been joined by their daughter Jayne.

Overall the Baths have been in charge at the Horseshoe for almost half a century. The pub has featured in nearly every edition of CAMRA’s Good Beer Guide and the Bath family has worked tirelessly to support real ale.

Ian Turner, CAMRA branch chairman, presented Tony and Pat with their Country Pub of the Year certificate and congratulated the couple on winning the award for the second year running.

“It’s great to be here again to present this richly-deserved award,” he said. “You have a winning formula: excellent food, excellent real ale and a lovely pub in which to serve it.”

The presentation was well supported by members of CAMRA who travelled to Ebbesbourne Wake on the 29 bus from Salisbury. Ian commented: “Using the bus to travel out here for lunch is so easy and the bus schedule gives plenty of time to try the food and ales.”