Rock ‘n’ roll is back in the city 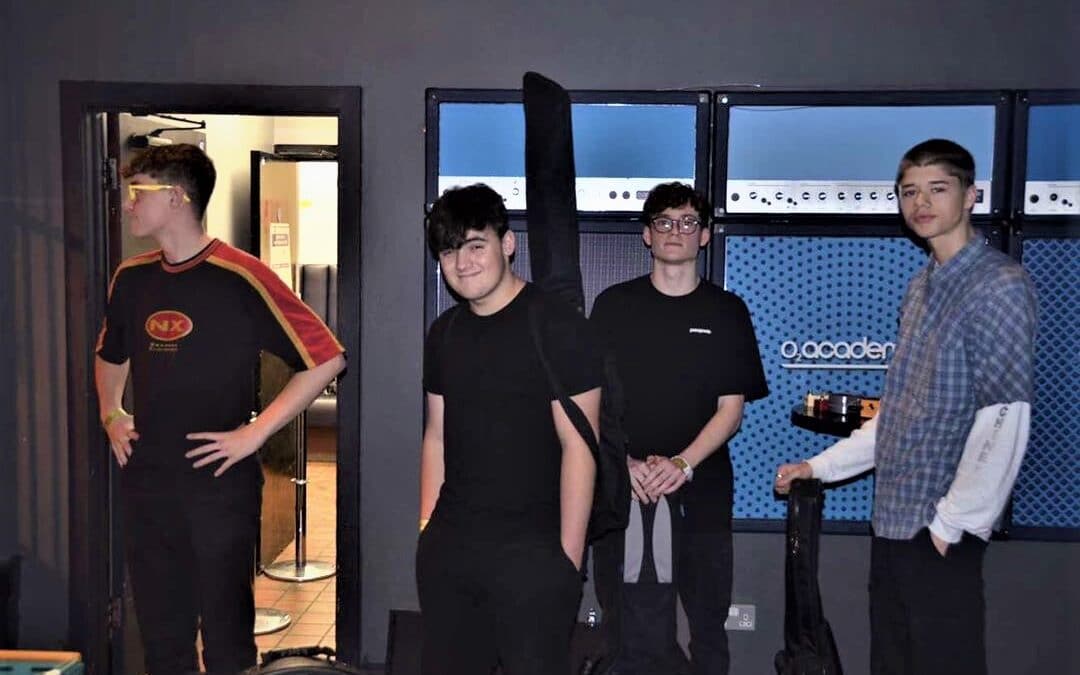 Jude Allenby, Charlie Pringle, Kyle Gordon, and Oakley Gardiner started playing as a band in Salisbury when they were 15 years old. Just over two years later, the band now has three singles on Spotify, and plan to release their first EP.

Someone found us on Facebook and asked if we wanted to play in a pub in London. We weren’t old enough to play because it was an 18-plus venue, and we were all 16 at the time. Then they said, ‘we do have a spot at the O2 Academy’, and we said, ‘well why didn’t you say that first!’”

Jude, lead vocalist, from Salisbury told New Valley News about the beginnings of their indie-rock band Nerveagent, and why rock and roll isn’t dead.

“Me and Charlie met at an after-school music club at The Bunker in Harnham. We both liked the band Blink 182, so we started to play their music. Then, Kyle, our bassist, joined the Bunker after-school club and we recruited him and started writing music under the name Three’s A Crowd.”

In 2018, Salisbury hit the headlines after a nerve agent attack where former Russian military officer Sergei Skripal and his daughter Yulia Skripal, were poisoned with Novichok. After this attack on the city, the band decided to reclaim the name ‘Nerveagent’.

“We wanted to be connected with Salisbury and at the time, nerve agent had negative connotations as it was a scary situation for the victims and people of Salisbury. So we decided to bring some positivity to it.” 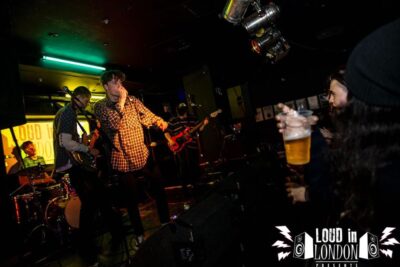 Salisbury played an important part in the band’s live performances.

“When it was myself, Charlie, and Kyle playing our first live gigs, we thrashed out 90s punk at the venue @home. When we started college, in 2019, we met Oakley and he became our lead guitarist. From then on, we have played the Art Centre, The Ox Row, The Avon Brewery, and the Winchester Gate.”

Soon after, in November, 2019, the band was invited to play The O2 Academy.

The boys have an incredible stage presence for their age, skillfully playing their instruments, professionally holding the stage with their ambitious sound, and engaging with their audience in that witty but slightly socially awkward manner, like many other rock bands when they have to do anything other than play their instruments.

“Rock and roll is not dead, how dare people say that! I am in a rock and roll band and so many young people come to our gigs and enjoy our music. There will always be those who rebel and stand up for the music they like. That is what rock and roll is, and that is why it won’t die.”

Jude said he knows many young people who have picked up instruments and started their own bands, but aren’t always as ready to perform live, “I think more people worry about what they look like rather than whether they are having fun. You just have to get up there, and if it all goes wrong, who cares?”

The band has recorded 17 new songs during lockdown and now has to whittle them down to five for their new EP, he said. “We are really excited get back to playing live local gigs again,” said Jude.

The band’s latest single ‘Blossom’ is out on all streaming platforms now.
www.facebook.com/nerveagentuk