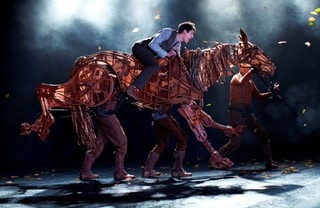 With the cold months ahead, book in for some entertainment at Shaftesbury Arts Centre.

Shaftesbury Arts Centre’s first National Theatre Live Recording is War Horse, based on the novel by Michael Morpurgo and adapted by Nick Stafford in association with the award-winning Handspring Puppet Company.

At the outbreak of World War One, Albert’s beloved house Joey is sold to the Cavalry and shipped to France.  Though still not old enough to enlist, he embarks on a treacherous mission to find him and bring him home.

This powerfully moving and imaginative drama is a show of phenomenal inventiveness.  At its heart are astonishing life-size puppets who bring breathing, galloping, charging horses to life. 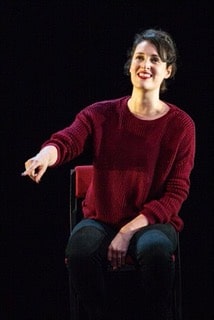 Fleabag is a rip-roaring look at some sort of woman living her sort of life. With family and friendships under strain and struggling to keep a café afloat, Fleabag decides she has nothing to lose.

This hilarious, award-winning one-woman show which inspired the BBC’s hit TV series, was recorded on stage from London’s West End in 2019. 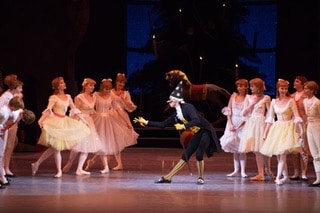 With music by Tchaikovsky and choreography from Yuri Grigorovich, Shaftesbury Arts Centre is delighted to present a live recording of The Nutcracker, performed by The Bolshoi Ballet.

On Christmas Eve, Marie receives a nutcracker doll as a gift.  In her dreams, the toy turns into a courageous and charming prince, who takes the girl on an unforgettable adventure.

This eternal holiday classic is the Bolshoi’s ode to wonder and imagination. Audiences of all ages will be carried away on an enchanting journey of their dreams with young Marie and her Prince through a whirlwind of snowflakes, an intense battle against a Mouse King, and finally, a kingdom of delights on the Bolshoi’s majestic stage.