Messums shows off Raft of Medusa 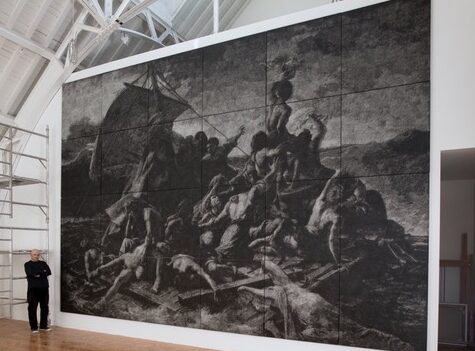 Monumental in both scale and ambition, After The Raft of Medusa is a reflection on Gericault’s masterpiece, replicated at the same size -16ft by 24ft- in monochrome oils. It is accompanied by a mirror image etched into a sheet of black aluminium, like an etching plate, and will fill the far end of the 13th century tithe barn. 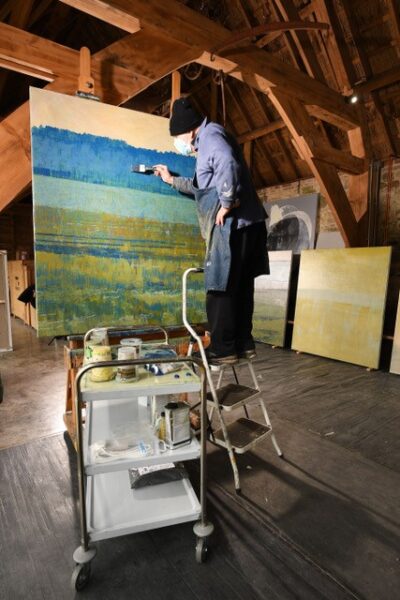 Barry Pearce (former Head Of Australian Art AGNSW) wrote: ‘John’s vision of The Raft of the Medusa allows one to inhabit the horrifying, almost uninhabitable Romantic grandeur of the great masterpiece and comprehend its powerful beauty better’

Beard ‘transmutes an overpowering Romantic statement into something intimate. Quite miraculous really, like climbing inside and being caressed and absorbed by Gericault’s neurones.’