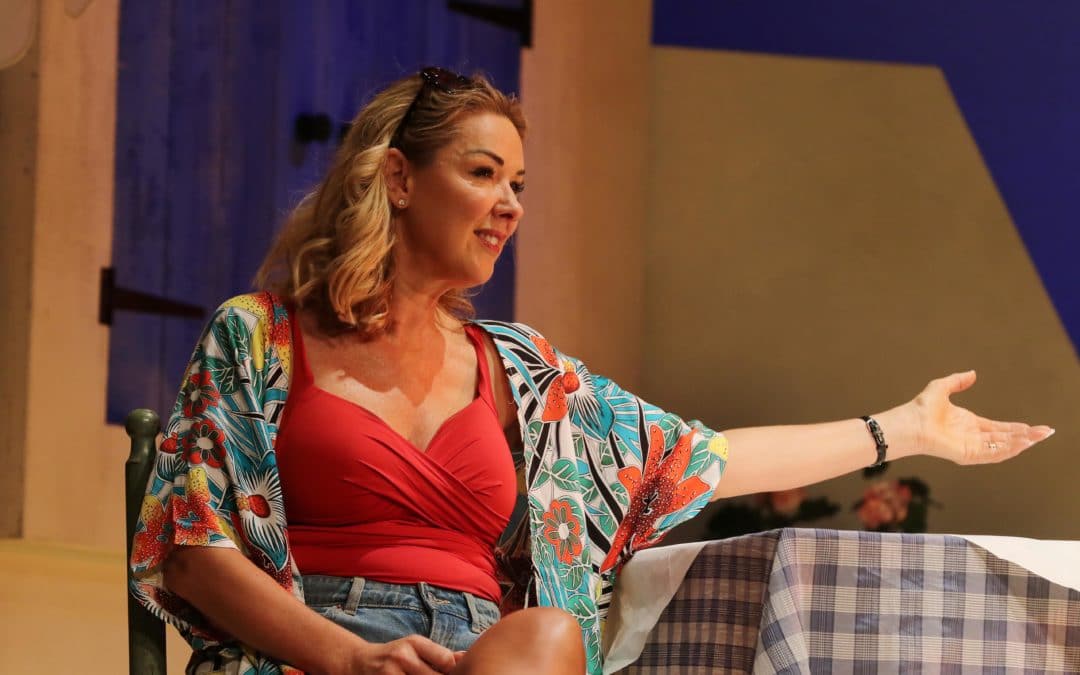 PLAYWRIGHT Willy Russell has an almost magical insight into the inner lives of his female characters – Rita, Mrs Johnstone, Shirley Valentine. – a skill that may be partly attributable to the strong women around him as he grew up in 1950s Liverpool.

His women think they are ordinary, coming from working class backgrounds, struggling with poverty, uncaring husbands or demanding children. But they are remarkable, courageous and realistic, and they have dreams.

Shirley Valentine, played by Claire Sweeney in the latest production of Russell’s much-loved comedy, at Salisbury Playhouse until March 7, dreams of Greece, of sitting at a little table outside a taverna, with a glass of wine, looking out across gentle waves to a glorious Mediterranean sunset. She dreams of a time when she is vivacious Shirley Valentine again, not invisible Mrs Bradford.

She couldn’t achieve her dream if it hadn’t been for her supposedly feminist friend Jane, who buys Shirley a ticket so that they can both go to a Greek island for a fortnight. That generous impulse sows the seed in the bored, hardworking 42- year-old’s imagination – but it is her thoughtless husband’s actions that tip her over, and a nosy neighbour snooping on her purchases at M&S. The odd things that determine the course of our lives are grist to Willy Russell’s mill.

This solo show directed by Ian Talbot, is a massive challenge for the actress who is on stage the whole time, variously talking to herself, to her kitchen wall, to a rock on the island beach and to the audience,.

A hugely popular actress, singer, television presenter and charity campaigner, with a career that includes West End roles (Roxie Hart in Chicago, Miss Adelaide in Guys and Dolls, etc), television soaps (Brookside, Holby City, etc), reality shows (Strictly Come Dancing) and presenting television documentaries, Claire Sweeney has the audience captivated from her first entrance. Each evening, the Playhouse is packed, with fans hanging on her every word, willing her to seize the chance to travel to Greece, to go out on the boat with Costas, to live her dreams …

Standing ovations are not an every day occurrence in Salisbury – Shirley Valentine gets them night after night. And this performance deserves every whoop and cheer.