‘Courage Above All Things – Behind Enemy Lines 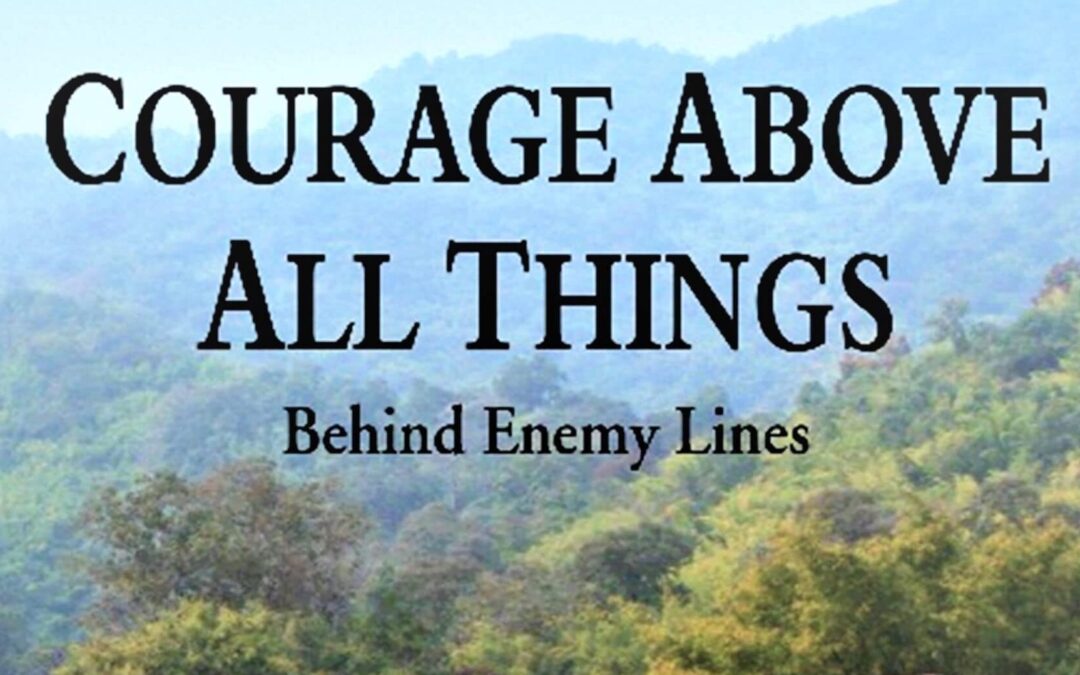 Romy Wyeth has written an absorbing book containing 15 different true stories, each relating the courage and endurance of individuals in war, dating from 1914 to 2007.

It is by far her best book yet, beautifully researched, and very readable. There are interesting photographs, and the book is well-laid-out. It is very nicely produced.
She has uncovered remarkable human touches from diaries and letters which lend a vivid immediacy and strongly convey the raw emotions of the day.

There are episodes from both World Wars of course, and it is notable how her use of quotations reflects the differing atmosphere in each. Operating dangerously behind enemy lines in North Africa, in Europe and the Middle East all feature. So too, do the Chindits in Burma, covered sympathetically with the excellent account of how the family of a local officer went to Burma to discover how and where their father (and grandfather) had been killed in 1944.

The scope of the different stories is broad, covering, for example, a brave Jewish soldier who won a richly deserved Military Medal, and later fought against the British in Palestine after the war. There is an extraordinary account of a young German girl living in Minden between 1941 and 1947. It is fascinating to hear how the war and occupation was seen through their eyes.

The plight of allied prisoners at the end of 1944 when the German eastern front was collapsing is largely unappreciated, but the long snowy starving march westwards under vicious SS supervision makes shocking reading.

The Royal Navy and Royal Air Force are not forgotten, with the account of a Naval Clearance diver, which should make the reader appreciate the unsung courage of such modest people. Likewise, ‘Empty Chairs at Empty Tables’ brings home the stress of Bomber Command.

There are stories from Korea, Suez, and Malaya, all atmospheric and a good read. Perhaps more extraordinary is Romy’s ability to find the outline of a story, and then bring it alive by uncovering the personal aspects as recorded at the time.

The book is a pleasure to read because it can be picked up and put down, as it is arranged in sections. Romy deserves thanks for preserving this history so clearly; it was almost lost, and now is safe.