An unforgettable night at the theatre 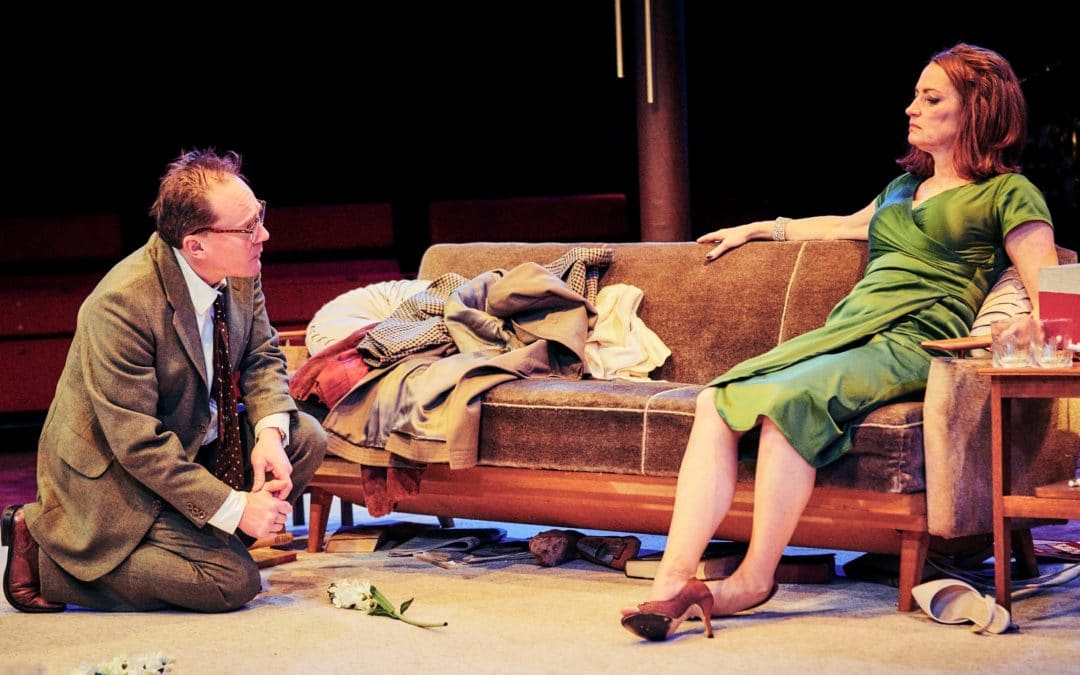 WHEN Edward Albee’s intense four-hander, Who’s Afraid of Virginia Woolf? first hit the stage, it shocked audiences, unaccustomed to seeing so much domestic dirty linen hung out with such excoriating verbal violence.

Sixty years on, the brutal dissection of George and Martha’s marriage is recognised as one of the great plays of the 20th century and a towering masterpiece of the American stage. And it still packs a punch so visceral that at times you can hardly breathe.

But there is a lot more to this portrait of a marriage than verbal daggers – the best productions show us that beneath the cruelty and the drunken brawling, the vicious asides and the coruscating black humour, there are two wounded people who need each other. And in the fleetingly brief moments when they show that need, we can almost forgive them for the pain they inflict on each other and on the hapless young couple who have been invited back to their house for late-night drinks after a college party.

The latest production, directed by David Mercatali, is the first co-production between Wiltshire Creative and Bristol’s Tobacco Factory Theatre, based on the first floor of one of the old Wills tobacco warehouses in Bedminster. Here plays are performed in the round, allowing everyone in the audience to experience the emotional mayhem playing out on the sparsely furnished space.

The strong cast is led by Pooky Quesnel, whose CV includes work with the National Theatre, Bristol Old Vic and Shared Experience, and Mark Meadows, a Bristol Old Vic Theatre School graduate who will be familiar to Salisbury audiences from Christmas shows and the world premiere of The Spire in 2012.

Quesnel, as Martha, in the role most often associated with Elizabeth Taylor, is a force of nature at its most vengeful, a whirlwind of sexual desire, deep emotional damage and poisoned ambition. Meadows is probably the finest George I have ever seen, shatteringly aware of his mediocrity, capable of breathtaking cruelty, a ruthless game-player but a man who still has vestigial moments of kindness.

People who saw the Burton-Taylor film often thought they were watching a particularly violent episode in the star couple’s tempestuous love life. This couple play out their vicious games to a well-worn rhythm, but on this one night the games acquire a frightening edge with the dangerous added ingredient of handsome young lecturer Nick (Joseph Tweedale) and his beautiful fragile wife Honey (Francesca Henry).

One of the great strengths of this brilliant production is to expose the tiny cracks in the marriage of the younger couple, so that we seem to be seeing not just one bourbon-soaked marriage on the rocks but perhaps two.

Who’s Afraid Of Virginia Woolf? will be at Salisbury Playhouse from March 26-April 11. An unmissable and unforgettable experience.

Pictured: Pooky Quesnel as Martha and Mark Meadows as George.